April-June period saw passenger vehicle sales dropping by 78.43%, making it possibly the worst-ever quarter since the time such data were being compiled. On the other hand, green shoots are visible in the used-car market. 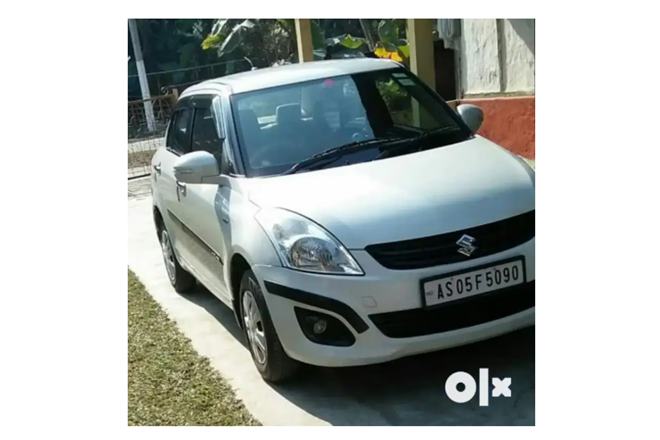 According to the Society of Indian Automobile Manufacturers, the impact of Covid-19 has been so harsh on the auto industry that it will take 3-4 years to reach the peak sales achieved in 2018. In passenger vehicles in particular, the April-June period saw sales drop of 78.43%, making it possibly the worst-ever quarter since the time such data were being compiled. However, as against new car sales, green shoots are visible in the used-car market. Maruti Suzuki True Value, a major player in used cars, is recording far more inquiries compared to pre-Covid-19. Shashank Srivastava, executive director, marketing & sales, Maruti Suzuki India, said that while booking/inquiry numbers for new company cars have reached 80-85% of the pre-Covid-19 levels, for used cars the same has gone up to 115%. “The demand appears to be shifting towards used cars (post the lockdown),” he said. “However, in terms of actual (monthly) sales on True Value, we are yet to touch pre-Covid-19 numbers”. In FY20, True Value had sold over 4 lakh cars, recording sales growth of about 4%.

One of the reasons True Value sales have not yet peaked, Srivastava added, is that sourcing used cars is a challenge. “Consumers are holding back their cars; they are not upgrading as fast as they earlier used to. So, lesser vehicles are coming into the market. On the demand side, the requirement for personal transportation has increased due to social distancing norms — and public transport hasn’t yet fully opened at many places — but supply is a challenge,” he said. Going forward, the company hopes sourcing used cars will become easier, because True Value now ‘directly buys’ old cars. “Direct buying forms 8-10% of our total buying (the rest is via car exchange),” Srivastava said. Used-car sales at H Promise, Hyundai India’s channel, have been rising. A Hyundai spokesperson said that in March H Promise sold 4,294 units, which dropped to 2,495 units in May and jumped to 6,340 units in June. “The demand for used cars has been growing due to increased inclination towards personal mobility; social distancing norms are encouraging customers to explore budget options. We saw 154% sales growth in June over May,” the spokesperson added.

Cars24 has been recording over 100% traffic growth week-on-week since early May; it transacted over 9,500 cars in June, and hopes to reach 12,000 cars in July. The Indian used-car market is highly fragmented. The various selling options are customer-to-customer, unorganised/independent used-car dealers, semi-organised used-car players, and organised (True Value, Mahindra First Choice, H Promise, etc, and online plus offline players such as OLX and Cars24). In FY19, at 40 lakh unit sales, the used-car market was 1.2 times the size of the new car market. According to data from Indian Blue Book (IBB)—the pre-owned vehicle valuation website—the organised channel of the used-car market almost doubled its share from 10% in FY11 to 18% in FY19.

Som Kapoor, partner, Automotive Sector, EY India, said that a used car opens the door for two-wheeler owners who want to upgrade to a four-wheeler. “Due to social distancing, this will get accelerated,” he said. “For example, a person whose options were either a two-wheeler or public transport may shift to a used car rather than public transport. Also, there is a generation of young buyers who would have missed buying their first car—as they preferred ride-sharing—and that generation will end up buying a car again (either used or new)”. The recent Deloitte State of Consumer Tracker report corroborates the latter point. It noted that 62% of the people surveyed said they will limit the use of public transport and 60% will limit the use of ride-hailing services.

Another factor that may help grow the used-car market is government policies. For example, in Delhi one cannot run a diesel car beyond 10 years, so owners will try and sell a diesel car when it’s 8-9 years old; this leads to more supply in the market, especially in nearby states. Last week’s OLX Auto Note 4 2020 Edition—a report on the pre-owned automobile ecosystem—noted that non-millennials (over 37 years old) are key contributors to value in the coming months for the used-car segment. “While 50% non-millennials plan to buy a car in the next six months, 63% of them plan to buy a used car,” the report noted. It added that 58% of millennials (aged 21-37) plan to buy a car, used or new, in the next six months. It also noted that used cars will be more in demand in smaller towns. “Of all the respondents keen to buy a car in non-metro towns, 70% are interested in used cars and only 30% in a new car.”