From a bunch of SUVs to flagship luxury EVs, check out all the upcoming cars in India in September 2022. The list includes the likes of the Maruti Suzuki Grand Vitara, Hyundai Venue N Line, Mercedes-Benz EQS 580, and more. 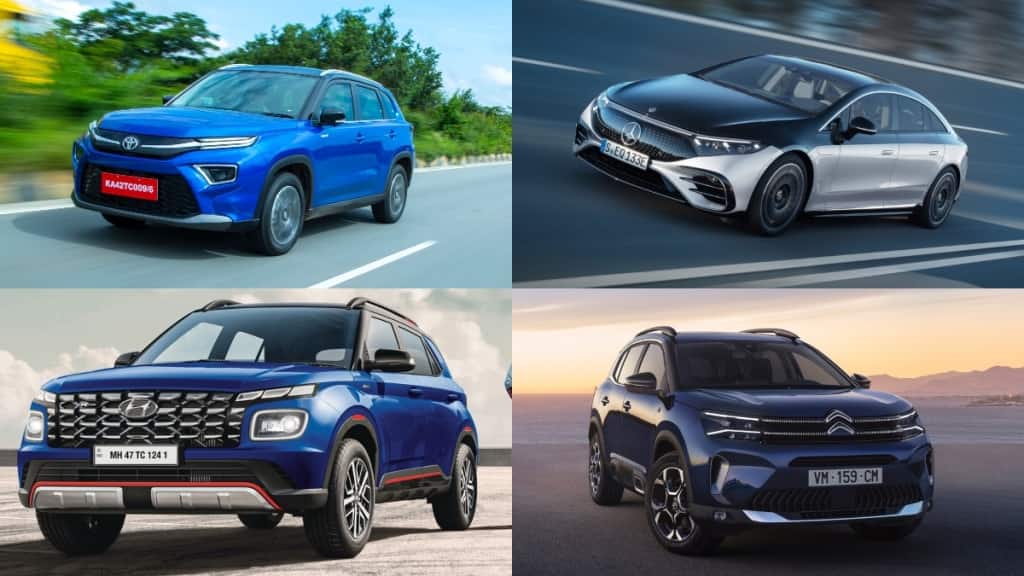 Upcoming Cars in India in September 2022

September is going to be an interesting month for the Indian automotive industry as we will witness several big car launches across the price range. From a bunch of SUVs to flagship luxury EVs, many new cars are on the way! Here, we have listed all the Upcoming Cars in India in September 2022. The list includes the likes of the Maruti Suzuki Grand Vitara, Hyundai Venue N Line, Mercedes-Benz EQS 580, and more.

Upcoming Cars in India in September 2022:

The new Toyota Urban Cruiser Hyryder will be launched in India in the first week of September. Bookings for the same are already open. It will get a 1.5-litre petrol engine with strong hybrid tech, paired with an e-CVT. This mid-size SUV will also feature a 1.5-litre mild-hybrid petrol unit mated to a 5-speed manual gearbox and a 6-speed AT along with an optional AWD system.

The new 2022 Hyundai Venue N Line will be launched in India on September 6. Pre-bookings for the same are open. It will get a 1.0-litre turbo petrol engine that churns out 118 bhp and 172 Nm of peak torque, paired with a 7-speed DCT only. The upcoming Venue N Line will get subtle cosmetic updates inside and out that will differentiate this sporty version from the regular model.

The all-new Mahindra XUV400 electric SUV will be launched on the eve of World EV Day, i.e. on September 8, 2022. While the exact specifications of this upcoming e-SUV aren’t known yet, we do know that it will measure 4.2-metres in length. One can expect the XUV400 to offer a claimed range of 350-400 km on a single charge. It will directly rival the Tata Nexon EV Prime.

Citroen India has officially teased the facelifted C5 Aircross and it will be launched soon. The new 2022 Citroen C5 Aircross Facelift will get a cosmetic overhaul and loads of new features. However, mechanically it will remain unchanged. Powering the C5 Aircross will be a 2.0-litre diesel engine that develops 175 bhp and 400 Nm of peak torque. It will come mated to an 8-speed automatic transmission.

Maruti Suzuki Grand Vitara will be the biggest launch of the year from the house of India’s largest carmaker. Maruti’s flagship SUV will be offered with two engine options. It will get a 1.5-litre petrol engine with strong hybrid tech, paired with an e-CVT. The other mill will be a 1.5-litre mild-hybrid petrol unit mated to a 5-speed MT and a 6-speed AT along with AWD.

MG Motor India is gearing up to launch an advanced tech-laden version of the Hector soon that will be sold alongside the current model. The new 2022 MG Hector will get a refreshed design and a bunch of hi-tech features, including ADAS (Advanced Driver Assistance Systems). In terms of engine options, it is likely to remain unchanged and will continue to get both petrol and diesel mills.

Mahindra has officially teased the facelifted XUV300 on its social media handles, hinting at an imminent India launch. The upcoming 2022 Mahindra XUV300 Facelift is likely to get minor cosmetic tweaks, new features, and a more powerful turbocharged petrol motor. Apart from the regular mills, it will get the much-awaited 130 bhp 1.2-litre mStallion direct-injection turbo-petrol engine paired with a 6-speed manual gearbox.

The all-new Mercedes-Benz EQS 580 will be launched in India on September 21, 2022. It will be the first locally assembled electric car from the house of this German carmaker in India. The EQS 580 will be offered with a dual-motor set-up and it develops 516 bhp & 856 Nm of torque, paired with a 4Matic all-wheel-drive system. It gets a 107.8 kWh lithium-ion battery pack and offers a claimed range of up to 770 km per charge.