Watch: Travis Pastrana takes over from Ken Block in 11th Gymkhana film and it is spectacular!

In line with great Hoonigan tradition, there are some incredibly wild stunts and turns, including one with the rear tyres spinning wildly off the end of a dock, and one where the car takes off at 241 km/h. 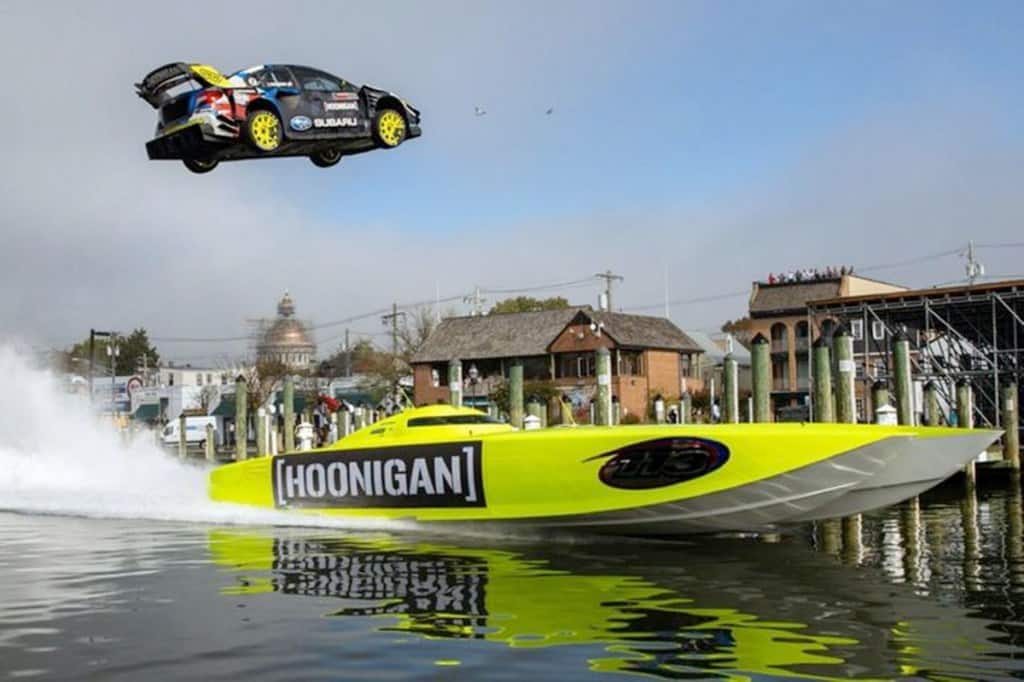 All eyes are required to remain glued to the screen for all of the nine and a half minutes. It isn’t so much of a request but quite a reflex you’ll have to the 11th Gymkhana film which promises absolutely spectacular jumps for your viewing pleasure. They’ve called it Gymkhana 2020 instead of Gymkhana 11 and it isn’t just the name that breaks the norms of the previous 10 installments of the series we’d seen so far. Ken Block has handed the keys over to his former Rally American teammate Travis Pastrana. Having used Fords for most of the series, the 11th film is back to a Subaru.

The video begins with an introduction of the machine, a carbon-bodied WRX STI with 850 bhp and over 900 Nm of torque from its 2.3-litre four-cylinder boxer engine. The video was filmed in Annapolis, the capital of Maryland, and also Pastrana’s hometown.

Like we mentioned the jumps earlier, it is one particular one that takes place over a part of the city’s harbour, which means there is a powerboat racer involved. We then see the STI do a colossal jump at 240 km/h. There’s also a sideways jump that involves a Red Bull stunt plane flying by. Oh and, the 2022 Subaru BRZ makes a surprise appearance.

Also read: Airplane vs Helicopter vs Supercar vs SUV vs Hatchback vs Motorcycle! Fuel-Efficiency Comparison

An extended cut of the Gymkhana 2020 has been promised to go live sometime next year. Block may be missing from the video but Pastrana fills his shoes perfectly having delivered on some jaw-dropping driving that definitely does not leave you yearning for more airtime since there’s plenty.