Toyota’s next off-roader could drive on the Moon in 2029: Japan space agency and Toyota announce agreement

JAXA have said that they aim to launch the mission with Toyota lunar rover in 2029, adding that for wide-ranging human exploration of the moon, a pressurized rover that can travel more than 10,000 km in such environments is a necessity. 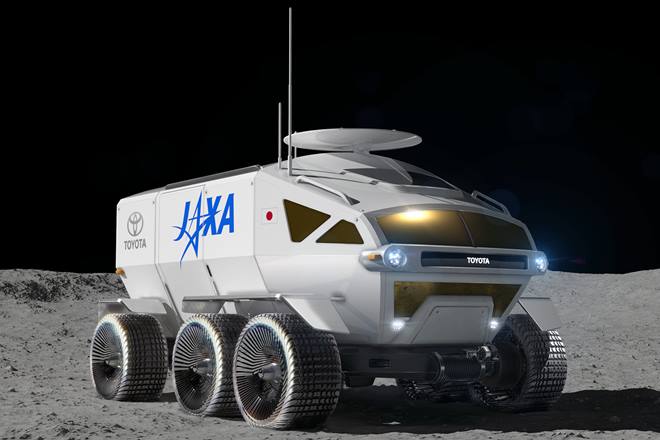 Toyota Motor Corporation and Japan Aerospace Exploration Agency (JAXA) have announced their agreement to consider the possibility of collaborating on the next manned mission to the Moon. Under this agreement, the two organisations will take their ongoing joint study of a manned, pressurised rover that is powered by fuel cell electric tech. Toyota says that such technologies are deemed necessary for Moon surface exploration by a manned vehicle. The manufacturer further explains that even with a limited amount of energy that can be transported to the Moon, the rover will be capable of cruising about 10,000 km on the lunar surface.

When it comes to challenging missions such as lunar or Martian exploration, various countries are competing in advancing their technologies, while also advancing their cooperative efforts. “Going beyond the frameworks of countries or regions, I believe that our industry, which is constantly thinking about the role it should fulfill, shares the same aspirations of international space exploration,” Toyota President Akio Toyoda said. 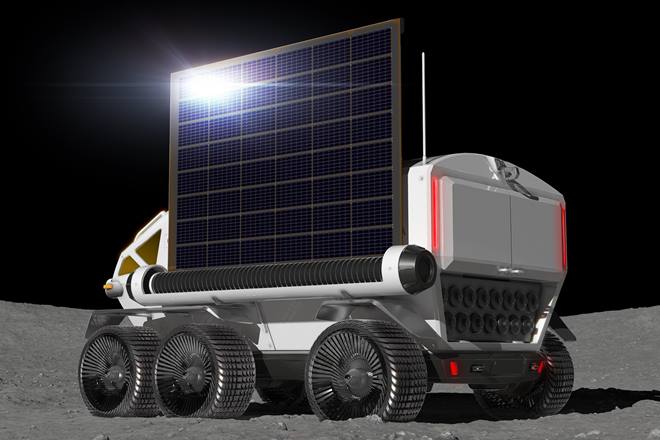 Concept proposal for the pressurized rover being studied by JAXA and Toyota:

Capable of accommodating two people (four people in an emergency)

JAXA have said that they aim to launch the mission in 2029, adding that for wide-ranging human exploration of the moon, a pressurized rover that can travel more than 10,000 km in such environments is a necessity. Toyota’s ‘space mobility’ concept meets such mission requirements. Toyota and JAXA have been jointly studying the concept of a manned, pressurized rover since May of 2018.

The announcement comes at a time when the field of space missions is quite active again with SpaceX docking a craft at the International Space Station about a week ago and China achieving a world’s first by landing on the far side of the Moon and revealing plans for a solar power station in space.

What makes the JAXA mission more interesting is that it allows more freedom to astronauts in the rover which will allow longer times of exploration. And then, for the generation which never watched the first Moon landing in 1969 on black and white televisions will be able to watch the future of space exploration on their mobile devices.