Toyota to introduce World’s most thermally efficient petrol engine: Will debut on the Auris Sedan

Toyota engines have long been one of the best mass-produced engines in the world, which is why it comes as no surprise that their new 2.0-litre four-cylinder petrol motor is 40% percent thermally efficient 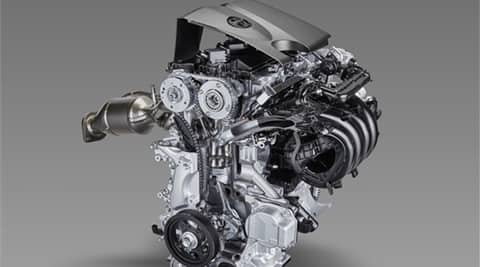 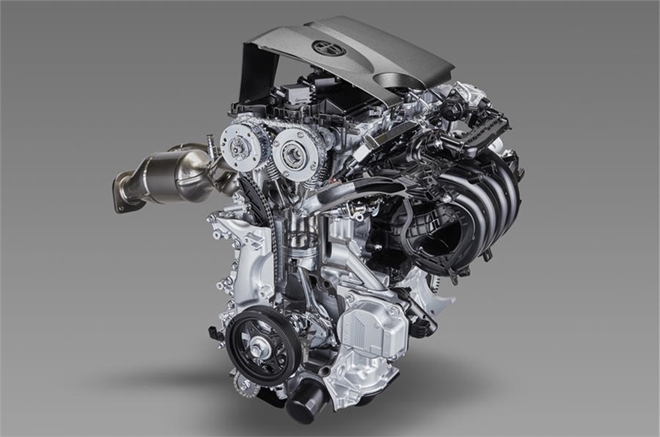 There is no doubt that, Toyota engine game is up there with the best engine manufacturers in the world. Giving us the like of the LC4 Motor, that was supposedly unkillable and the 2JZ motor that make JDM fanboys froth at the mouth. Now Toyota has developed a new 2.0 litre petrol motor, which is slated to deliver 40% thermal efficiency. Which is one less than what the 1.8 litre Toyota Prius delivers from it’s hybrid powertrain. Toyota insists that this engine could achieve ‘unparalleled’ levels of efficiency on the go, which is derived from a new-friction reducing technology and more efficient exhaust and cooling systems. To put this is perspective an average gas-plugger would give you 20-25% in terms of thermal efficiency.

The new 2.0litre Toyota motor makes peak power at 171 hp, will also get hybrid electric assistance. With the assistance of the electric motor, the new motor will match the Prius’ 41% thermal efficiency, but will deliver more performance thanks to the added bore. The motor is likely to make its debut on the new Toyota Auris, which is scheduled to debut at the Geneva motor show next week.

The Auris will also get the Prius 1.8 litre Hybrid-Electric motor as on option. Although that too will be in a slightly updated state of tune than as seen on the Prius. Toyota’s New Global Architecture (TNGA) platform will play base for these two new motors, and are likely to make it to various cars using the same platform in the years to come. Toyota has even developed a new gearbox to pair with the Auris. Since it uses the world first gear drive so that it can combine the initial acceleration of a geared transmission while not removing the higher efficiency of a CVT while on the move.

In off-road models, there will be Toyota’s new torque vectoring system for petrol all-wheel-drive models that can decouple the front axle for a pure rear drive. This will make it to all future off-roaders in the new car. With seriously increased fuel economy!