Toyota Innova Hycross: What’s it about the new trademark filed by Toyota?

Toyota Innova Hycross could be the hybrid version of the upcoming new-gen iteration of the Toyota’s best-selling MPV in the Indian market. 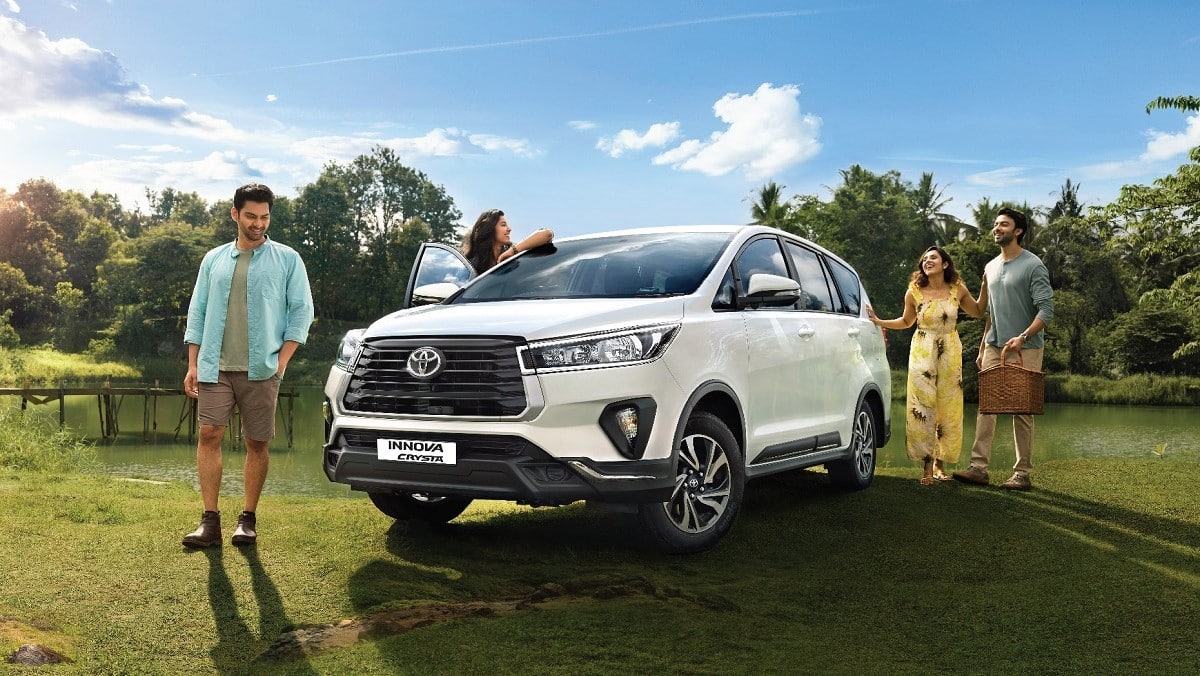 The Toyota Innova Crysta is the most sought after MPV in the Indian market. The Innova nameplate has been around for a long, and it has created a strong reputation for itself. Now, Toyota is seemingly working on the new-gen model of its MPV. The brand has filed trademark applications for the new name – Toyota Innova Hycross. As per speculations, it is assumed to be the hybrid version of the forthcoming new-gen Innova.

The prototype of the new-gen model was first spotted on international soil. It donned heavy camo and a set of larger alloy wheels. The front fender, however, managed to give a glimpse of the creases, and they seem to be inspired by the Fortuner. The rear door looked longer, while the rear end felt upright. Soon after being spotted in a foreign land, the prototype made its appearance in India.

This time around, the camouflage sheets were kind enough to give a glimpse of changes. Hence, we can tell that the rear quarter glass layout will be different on the new-gen Toyota Innova, which is internally-codenamed B560. The new-gen model is assumed to share its underpinnings with the Avanza, sold in international markets. Although, the carmaker is tight-lipped about its plans of bringing a new-gen model of the Innova. It is expected to make its global debut by next year.

While the exterior will don a new design, which is intended to be sleeker and upmarket, the cabin will follow the course with a tech-laden feature list. The updated model will come with a larger and advanced infotainment unit along with connected car tech. In addition, increased safety features are assumed to make their way as a standard fitment across the range. Under the bonnet, conventional IC engine power plants in refined and powerful forms could make entry, while a hybrid setup is anticipated to be on cards.