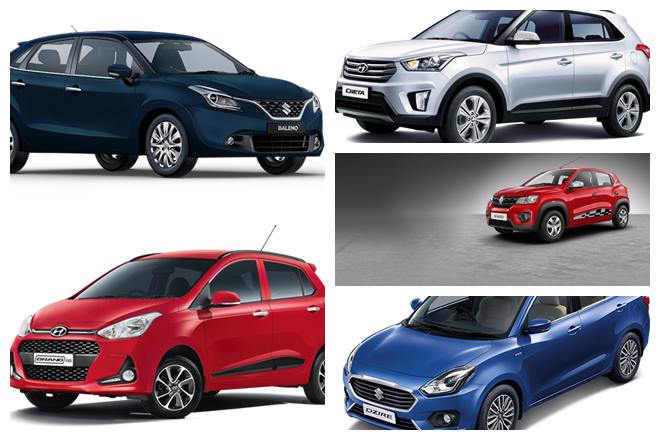 It has been a rather progressive year for Indian car industry as the passenger vehicle (PV) segment recorded a growth of 9.16% by selling over 1.63 million units of passenger vehicles that includes cars, UVs and vans in the period between April-September 2017 or in first six months of this ongoing financial year 2017-18. The industry had sold about 1.49 million PVs during the first six months of last financial year 2016-17. New product launches, free variants coming in has helped the car industry to sustain high growth despite the introduction of GST and addition of extra cess on medium to big cars, SUVs and luxury vehicles. Last three months especially have been rather successful with industry posting constant double eight growth. Reduction in interest rates by national banks from 10% last year to 9.63% this year has encouraged buyers with their new car purchases. Private banks too cut the interest rates on car loans from 11.35% to 11% earlier this year. Last three months have seen above about 18 new facelift, variants and new products being launched in the Indian market but the buzz has to be from th market leader Maruti Suzuki.

Here are the top-10 passenger vehicles sold in India in April-September 2017:

Maruti Suzuki Baleno
The premium hatchback Maruti Suzuki Baleno has consistently been among the top-5 most selling car in the country and in the 1st half of this ongoing financial year, Maruti Suzuki has sold a total of 93,797 units of this car as against 54,947 units sold in the first six months of last financial year. The company also introduced the performance variant named Baleno RS later in 2016 that gets a new 1.0L boosterjet engine.

Maruti Suzuki Dzire:
The third generation of Maruti Suzuki Dzire that made its market debut in May 2017 has been a successful model for the company and in the period between April-September 2017 the company has sold a total of 90,068 units of Dzire and 20,133 units of Dzire tourer. Later in October 2017, Maruti Suzuki confirmed that the domestic sales of its new Dzire has surpassed the 1-lakh sales milestone. An internal research conducted by Maruti Suzuki claims that new style and fresh look of Dzire along with SmartPlay infotainment system and the auto gear shift (AGS) technology have made Dzire a better package, especially for first-time buyers. Maruti says nearly half of the new Dzire customers have chosen the sedan as their first car purchase. This shows a paradigm shift of the Indian customers who are now opting for a sedan as their first car. Nearly 17% of Dzire customers have opted for AGS variant during April-September 2017. The AGS technology is now available on six options starting V trim up to Z and Z+ in both petrol and diesel fuel variants.

Hyundai Grand i10:
Hyundai’s best performing model the Grand i10 has been company’s most sold car and recorded a domestic sales of 75,709 units between April-September 2017 recording a growth of 5.5% over last year, In April-September 2016 the company had sold a total of 71,703 units. Hyundai Grand i10 received a facelift earlier this year and starts at Rs 4.58 lakh, ex-showroom Delhi. The 2017 Grand i10 is based on the Hyundai’s ‘Fluidic Sculpture 2.0’ design philosophy. The highlight of the Grand i10 is the introduction of a new 1.2 litre U2 CRDi diesel engine that generates 73 hp of power at 4,000 rpm and 190.2 Nm of torque. The petrol engine is the same 1.2 litre Kappa unit that produces The 1.2 litre Kappa Dual VTVT unit generates 81 hp of power at 6,000 rpm and 113 Nm of torque at 4,000 rpm.

Hyundai elite i20:
Another Hyundai India’s product in the top-10 is the Hyundai Elite i20 which has managed to be among the top-10 selling cars since its introduction. The modern styling and aggressive stance on the hatch has allowed Hyundai to sell a total of 68,740 units in the first six months of this financial year. There has certainly been a constant growth in terms of sales of Hyundai i20. The company had sold a total of 61,784 units of elite i20 in April-September 2016.

Hyundai Creta:
Another SUV giving complex to passenger cars is the Hyundai Creta. Hyundai Motor India sold a total of 54,032 units of Creta in April-September 2017 period and its sales have gone up by over 12% this financial year. A facelift on Creta is due next year but never the less we expect this SUV to cross the 1 lakh sales mark by the end of this financial year.