Thousands get injured every year working in auto factories in Gurugram: Report

Only in Gurugram alone, thousands of workers in auto factories get injured every year. The numbers are going to be staggering if we take into consideration factories across India. One of the major reasons behind such a large number of incidents is the lack of proper safety culture in these factories. 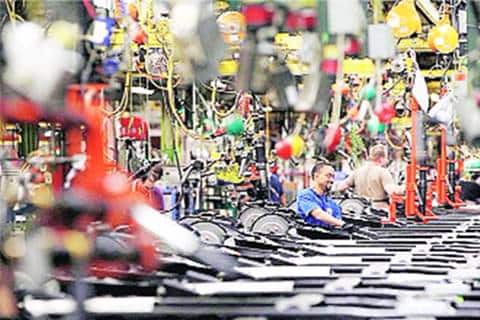 Safe in India Foundation (SII), an employee welfare group, in its recently published report titled “Crushed”, claimed that thousands of workers get injured every year in incidents at the auto factories based out of Gurugram. The report is based on the experience of 1,300 injured workers. According to SII, though the big auto companies have proper health and safety policies in place, the suppliers to these companies need to work extensively on their respective safety policies. Minister of State for Labour and Employment Santosh Kumar Gangwar, who addressed the event through a video message, said the operating culture in factories is being made more and more professional and modern.

The report states that in Gurugram alone, thousands of workers lose their hands or fingers in incidents at auto factories, one can only imagine what the numbers mount up to across India. Most of these workers are contractual, internal migrants and are young, working in component suppliers factories. They face a constant pressure of producing, that too at low costs and along with the lack of proper safety culture in these industries, such a high number of mutilations are reported every year. The report further adds that after the incident, these workers either lose their jobs or have to compromise on the type of job that they are doing, resulting in a decrease in their salaries which also has a negative effect on their families as well.

Sandeep Sachdeva, co-founder and CEO of SII, said that the findings of the report reflect a national challenge. He further added that the National Guidelines of Responsible Business Conduct (NGRBC) hold businesses responsible for the working conditions in their value chain and the issues with factory conditions are similar in the rest of the country especially in auto-sector hubs which use a large number of Power Presses and Injection Moulding machines – two most accident-prone machines.

MoS, Labour and Employment, Gangwar in his video message said: “The challenges faced by the industry is well understood and we need to help them too to improve safety aspects in their factories. Our industry will gain strategically from each step taken towards the safety of workmen and also gain better productivity as the operating culture in factories is being made more and more professional modern”.