Tata has claimed the Tiago EV will accelerate from 0-100 kph in about 11 seconds in sport mode and is capable of a top speed of 135 kph. 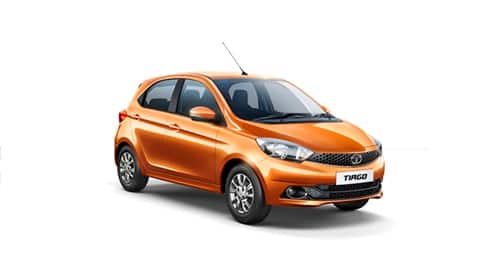 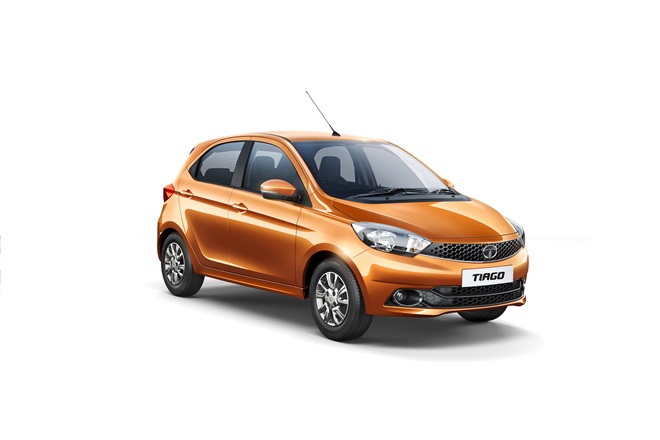 Tata Motors wholly-owned UK-based subsidiary Tata Motors European Technical Centre (TMETC) hinted at the launch of an all electric Tiago via a tweet in July. And now TMETC has showcased the Tiago EV concept at an event at Millbrook. Tata has claimed the Tiago EV will accelerate from 0-100 kph in about 11 seconds in sport mode and is capable of a top speed of 135 kph. The all-electric variant of the Tiago uses an 85 kW motor that churns out 200 Nm of torque. The EV is offered with front wheel drive and does not have a gearbox as we know it and like all electric vehicles will be driven through a single-speed gearbox. It will also deliver a claimed range of 100 km on one full electric charge. The Tiago EV is expected to make it to India soon as the pictures suggest the car is nearing its production stage.

This is not Tata’s first attempt on EVs – the company previously unveiled the Bolt EV concept in the UK and the technology used in the electric Bolt is likely to be used in the Tiago. Since the Tiago is underpinned with a new low-cost platform, Tata may manage to offset the costs of the electric powertrain, battery and other components. Tata may give the same electric treatment to the Nano, which has seen a drastic drop in sales. However, the electric Tiago and Nano may not be available in India initially, and could likely launch by next year. 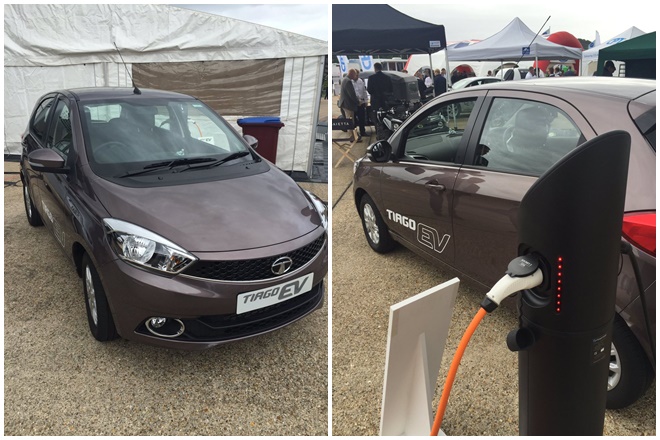 The car uses a lithium-ion battery pack with its own cooling systems to keep them from overheating. If this car makes its way to India, it will the quickest and fastest electric car in India. The Tiago EV weighs in at 1040 kg.

Tata choosing the Tiago to be developed as an EV may have to do with the fact that it was part of a UK government initiative to develop autonomous cars. Last year, a video had surfaced that featured a Tiago taking a test called Green Light Optimal Speed Advisory.