The Tata Nexon will be powered by the Tiago’s 1.2-litre Revotron three-cylinder petrol and a new 1.5-litre diesel engine. Launch of the compact crossover is expected this year. 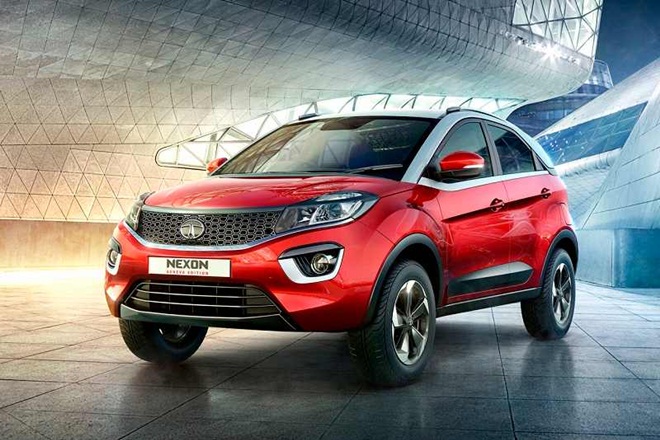 The latest offering from Tata Motors, the Nexon, has been caught testing multiple times on Indian roads suggesting that the company will soon launch the upcoming car in India. Once again, the compact crossover has been spotted which seems to be the top-end variant. The new spy images of the Nexon clearly show that it will get 16-inch diamond-cut alloy wheels, while the other option on lower versions are likely to be15-inch steel wheels. The Tata Nexon will be based on the company’s ‘Impact’ design language and will be offered with projector headlamps with integrated DRLs (Daytime Running Lamps), U-shaped tail lamps and chrome finished ‘Humanity line’ front grille. The cabin is expected to get a piano black finish and a touch screen infotainment system that will be supplied by Harman featuring MapMyIndia navigation, Bluetooth, USB and Aux-in connectivity. Along with the infotainment unit, the top-end version of the Tata Nexon is expected to be offered with automatic climate control, start-stop button, steering mounted audio controls and reverse parking camera with sensors. The upcoming compact crossover will measure 3,995 mm in length, 1,811 mm in width, 1,607 mm in height and has a wheelbase of 2,498 mm. 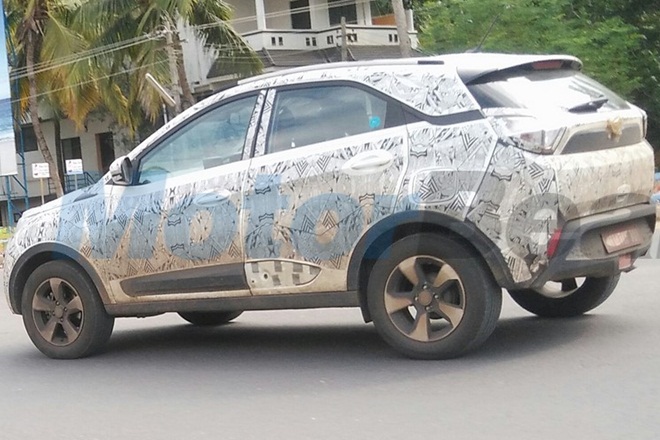 The Tata Nexon will be powered by a petrol and a diesel engine, however, the car manufacturer is likely to first launch the diesel engine option. The diesel variants of the Nexon will be a new 1.5-litre common-rail turbocharged unit that is expected to produce about 110 hp of power and 260 Nm of peak torque. The petrol variants, which are likely to be launched after the diesel trims, will get the Tata Tiago’s 1.2-litre Revotron three-cylinder engine. Both engines are likely to get a 5-speed manual transmission and a 6-speed AMT (Automated Manual Transmission) gearbox. 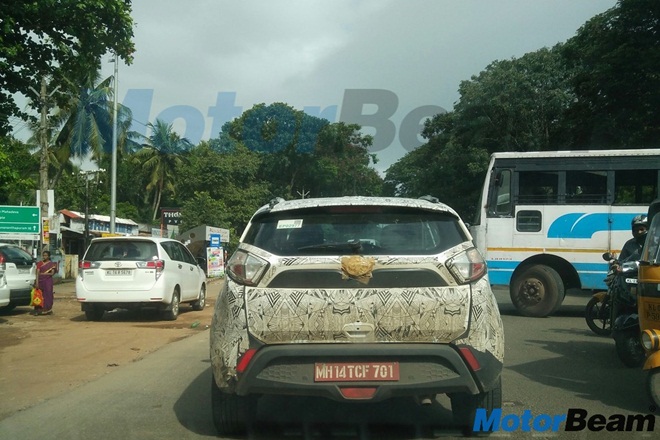