Tata Avinya Concept: Here are 5 absolutely crazy takeaways about it

The Tata Avinya Concept is an amalgam of key credentials of an SUV and MPV. Underpinned by an all-new EV-spec architecture, it has a lot to make auto enthusiasts fall for. 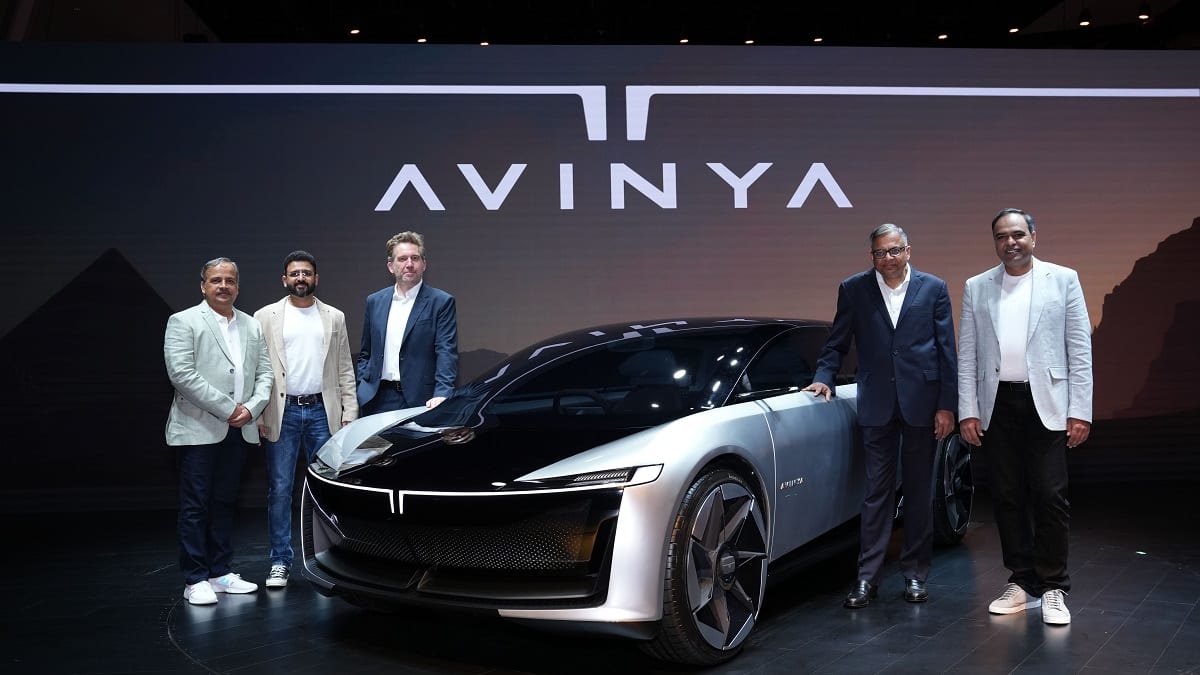 Tata Motors recently showcased the Curvv Concept, and today, the brand has taken the veils off the Avinya Concept. The Avinya is also an electric vehicle concept, but it is vastly different from the Curvv. Not just the design looks distinctive, but it brings a lot more to the table. In fact, the Avinya embarks the company’s electric vehicle division on a new journey altogether. Therefore, here’s a list of 5 crazy takeaways about the just-unveiled Tata Avinya.

Tata Motors has shown its agreement to electrification of mobility quite loud. The company’s newest concept – Avinya, looks futuristic and purposeful. It also showcases the new logo for the brand that will be used on its electric vehicle offerings. The front LED light bar, which is dissected from the centre, forms the alphabet ‘T’. This new logo also feels modern.

While a makeshift approach for the Nexon EV and Tigor EV has proved successful, the company has now developed a new EV-specific platform. Called Born Electric, the skateboard architecture elevates acres of space on the inside.

Claimed range of over 500 km

The most common issue associated with electric vehicles is the range that further leads to range anxiety. Well, Tata Motors is making us anxious with the great design. For the range, they are claiming big numbers this time. The company has confirmed all products based on the Born Electric architecture will have a range of more than 500 kilometres.

The name Avinya gets ‘IN’ in the centre, which stands for India. Hence, it is a safe assumption that the new models based on this concept will be designed around the demand of the Indian market and audience.

Concept models often keep away from production lines. In fact, some kickass concepts showcased by Tata Motors earlier could never make their way to production. This time around, Tata Motors has confirmed that the production model drawn from the Avinya Concept will reach the market by 2025.