The students of NATS Japan (Nihon Automobile College) have modified an example of the Jimny Sierra into a 5-door model with an outlandish lift kit and tyres. 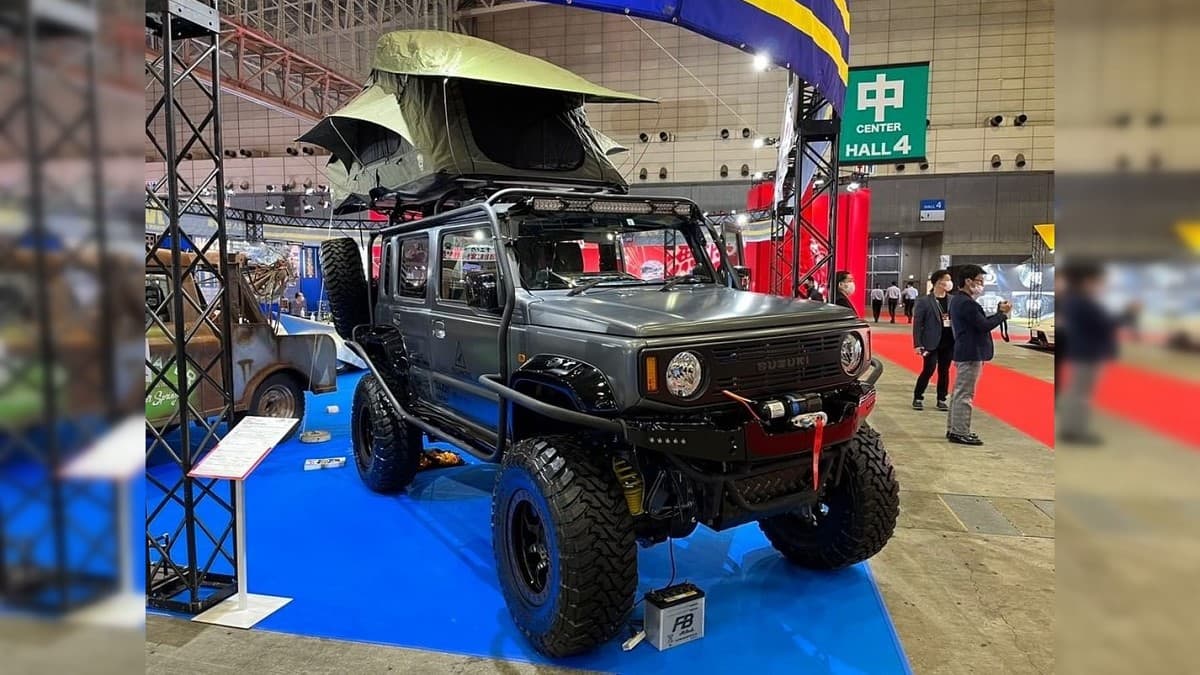 The anticipation and excitement around the 5-door avatar of the Suzuki Jimny are high, but the hunt for a 5-door example now comes to a stop as the students of NATS (Nihon Automobile College) have developed one. They took a 3-door Jimny Sierra and modified it into a 5-door example on steroids. The 5-door Jimny is being showcased at the Tokyo Auto Salon, which is also the largest exhibition for modified cars.

Talking of the changes, the most pronounced of all is the addition of rear doors. To do so, the chassis of the Jimny has been extended by 400 mm. Also, the custom-made rear doors are fabricated by the NATS student, and they do increase the access to rear seats. The legroom for the rear occupants has increased by a great margin, but the boot space remains similar to the 3-door model.

Students of NATS have also made some serious offroad-centric modifications to this example, apart from the 5-door conversion. As can be seen in the images, this Jimny now rides on a set of beefy offroad tyres wrapped on a set of 17-inch rims. Furthermore, this 5-door Jimny sits on a 6-inch lift kit and features offroad bumpers on both ends, with a winch on the nose. A tubular exoskeleton is also fabricated in this example, while a roof-top tent is fixed for increased convenience. The roof-mounted LED bar further enhances its overall appeal.

NATS students have named this project Kimun Kamui, which means Mountain God. On the inside, changes include an aftermarket infotainment unit, a black headliner, and leather upholstery for seats. Under the hood, it continues to feature the 1.5L motor. However, it gets a turbocharger here with a blow-off valve as well. Resultantly, the power output is now bumped up to 124 Hp, while the peak torque is increased to 179 Nm.