SmartE currently has 1,000 electric rickshaws in the Delhi-NCR region, with plans to expand in to other regions too. 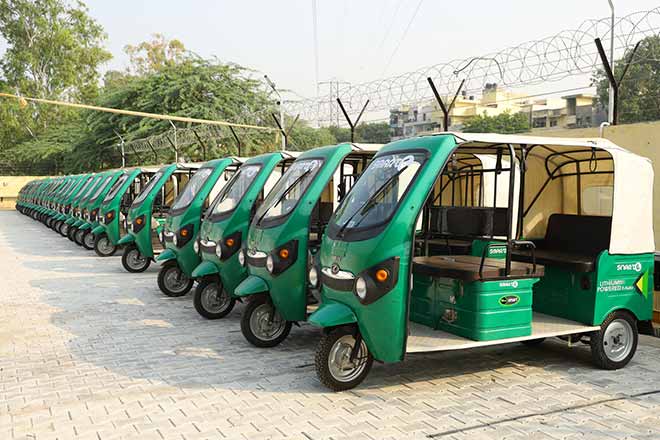 Start-ups have made all the right noises in 2019. Seemingly so, a Delhi-based start-up which deals with last mile connectivity has now emerged as a leading player. SmartE, co-founded by Goldie Srivastava, came in to being a few years ago when when Delhi came to be labelled as the world’s most polluted city and also an unsafe place for women. Goldie says that this was because of unorganised last mile connectivity. He says that a ride in Delhi metro with world-class facility and air-conditioned transportation costs about Rs. 20 for 8-10 kilometres. However, outside the station, you’d probably have to pay Rs.50 for the last two or less kilometres while taking an unreliable or even unsafe vehicle. This is where SmartE stepped in. The idea was to provide a solution that is sustainable, zero emission, safe, reliable and highly economical. At that point in time, the global automotive industry was going electric, so SmartE thought why not? That is how the dream took shape, offering quick rides on the electric three wheelers. In the last five years, SmartE has grown its fleet of vehicles from 30 three-wheeler EVs to 1,000 electric vehicles in Delhi NCR and have served more than 50 million commuters till date. 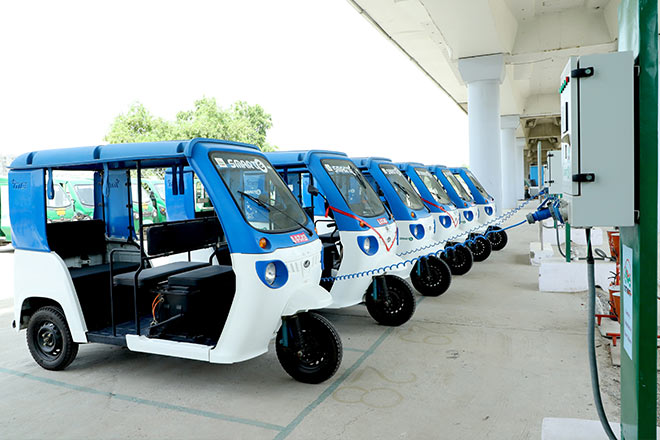 The SmartE model function in this fashion. SmartE believes in “sustainable business growth and excellent operational efficiency”. The recipe for making this model economically sustainable is in asset utilisation. Every SmartE electric three-wheeler carries 100-120 people a day. Due to these volumes, the company can afford to move people at Rs 10 for two kilometres. 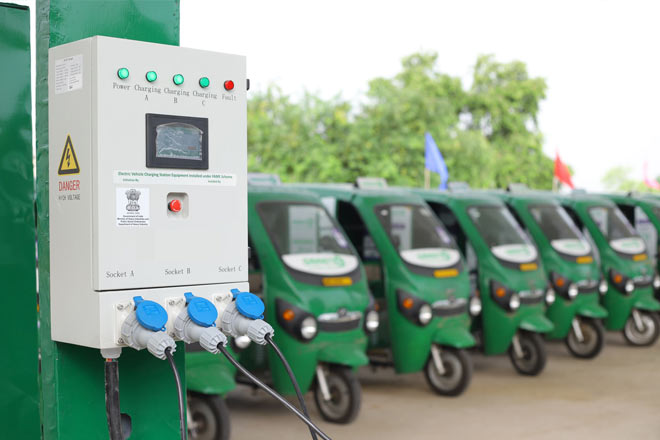 Apart from moving around commuters, SmartE also uses its fleet for hyperlocal ads and offers last-mile delivery for ecommerce players. SmartE has partnered with two online grocers and is doing about 2,000 deliveries a day on an average in the Delhi NCR region.

The question then is, does the end user benefit from this? Goldie mentions that the constant endeavor is to make the end consumers’ last-mile commute safe, reliable and economical. The e-three wheelers are convenient, safe and are equipped with GPS which is monitored on a real-time basis. Any vehicle going astray will be seen in real time and corrective measures can be taken. Customers can also reach out to a helpline number in case of any issues they face. Additionally, the fare pricing are fixed based upon distance and routes providing predictability for a user for his commuter cost. The customers can also use SmartE app for booking or paying for their rides digitally. 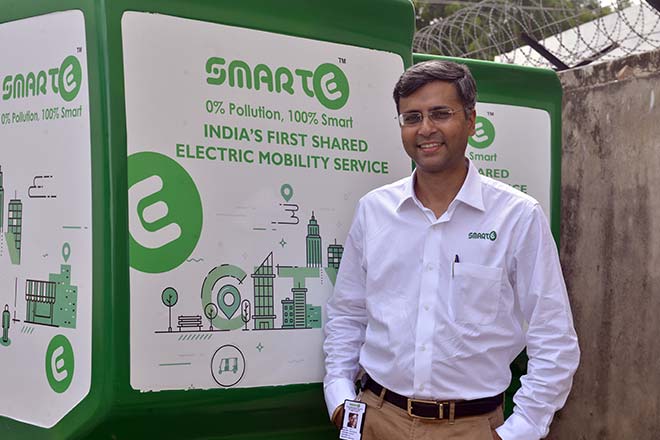 At present, SmartE is concentrating on Delhi and NCR. The company will look to roll out their services in other cities in the near future. This brings us to the question of expansion. Goldie elaborates that they will continue to significantly focus on electric three-wheelers: both e-rickshaws and e-autos for the Delhi-NCR market. From an expansion perspective, the company wants to make their services operational across at least 100 out of the 250+ metro stations that are there in Delhi, from the current 20-odd stations that they serve. SmartE will also look at other form factors of vehicles as and when they feel there’s a need and the products achieve certain degree of maturity. So electric two-wheelers too will not be a far-fetched thought.

For the record, the company was bootstrapped by Goldie and a co-founder. In early 2017, the company raised $5 million in series A funding from the Singapore-based EcoTransit Investments International. In July 2019, SmartE raised Rs 100 crore from Japanese major trading house Mitsui & Co in a Series B funding round. With the latest round of funding, SmartE is looking to rapidly increase the fleet size, which is about 1,000 e-three-wheelers currently to almost 10,000 in the next 18-24 months.