Skoda Octavia has crossed the 1 lakh unit sales milestone in India. This mid-size sedan was first launched in 2001 and the Octavia is among the longest-running nameplates in the country. 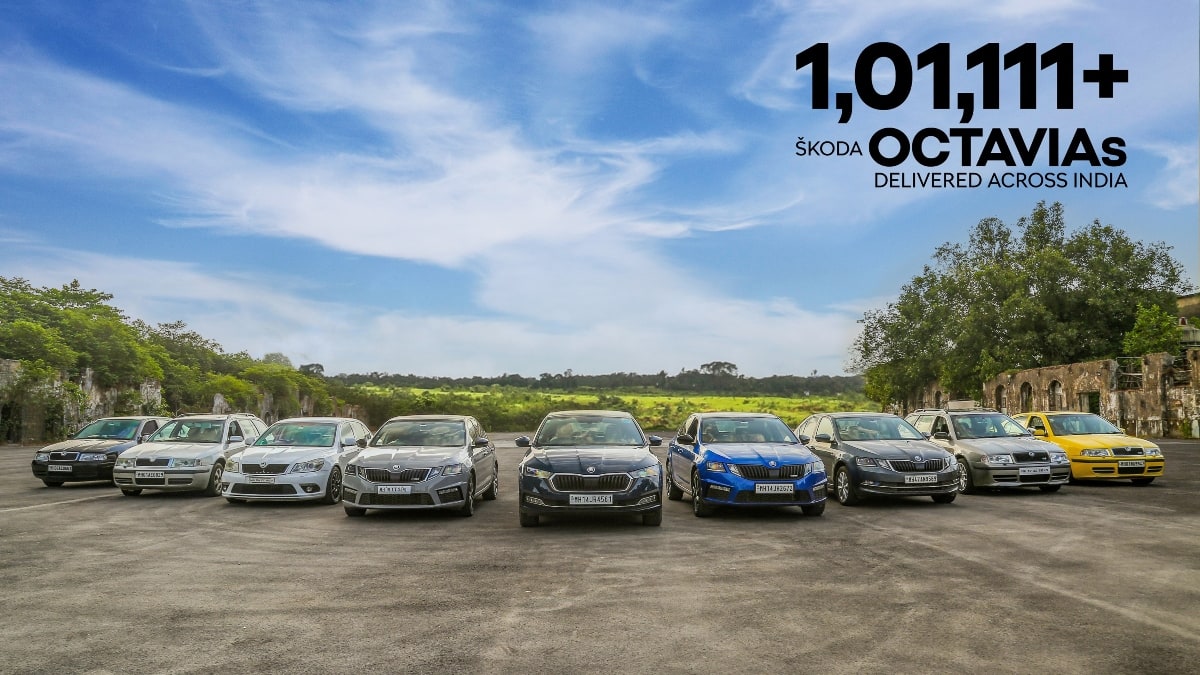 Skoda Auto India has today announced that its Octavia has crossed the 1 lakh sales milestone in the country. This mid-size sedan was globally introduced in the year 1996 and Skoda made its Indian debut with the Octavia in 2001. Over the years, the Octavia has undergone several major updates and it is among the longest-running nameplates in the country.

This Czech car manufacturer’s Indian subsidiary recently delivered the 1,01,111th unit of the Octavia to a customer. Skoda claims that the Octavia is the highest-selling car in India that is assembled via the parts and components route. It is also the best-selling Skoda car globally. Talking about generational updates, the Octavia is currently available in its fourth-gen avatar in the country.

Commenting on the landmark achieved by the Skoda Octavia, Zac Hollis, Brand Director, Skoda Auto India said, “The OCTAVIA is synonymous with ŠKODA AUTO since our entry into India. It has since become the largest selling parts and components vehicle of all time in India, recently crossing the 1 lakh sales mark. A big thank you to our family of fans and customers whose continued love and support to the OCTAVIA for over two decades has made this accomplishment possible.”