SIAM says that the court misinterpreted the date on a memorandum from the Ministry of Road Transport & Highways as 3rd March, 2015. It was in truth 3rd March, 2017 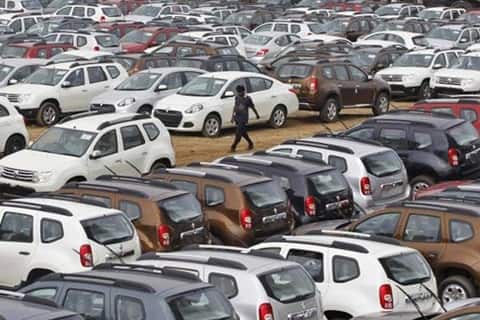 The Society of Indian Automobile Manufacturers (SIAM) has filed a petition urging review of the ban imposed by the Supreme Court on sale and registration of BSIII vehicles after 1st April, 2017. SIAM has argued in a statement that the court did not cover some facts of the case before passing a judgment. The organisation went on to say that the court misinterpreted the date on a memorandum from the Ministry of Road Transport & Highways as 3rd March, 2015. It was in truth 3rd March, 2017. This, according to SIAM, was the reason the court held that the auto industry had been told to stop BSIII vehicle production well in advance.

The Supreme Court ruled on 29th March that sale and registration of BSIII vehicles would be banned starting 1st April, 2017. The court went ahead with its ruling ignoring the auto industry’s plea over the loss it faced because of a giangantic stock of vehicles not compliant with BSIV emission norms, saying that public health was more important than loss from outdated inventories.

The statement further states that the government had assured three weeks before the judgment that BSIII vehicles manufactured before 1st April would be allowed to be sold even after the deadline, as it was done when BSII and BSIII norms were applied.

“Acting on the representations made on such clarification issued by the Government of India as late as in March 2017, as well as the plain reading of the rules, the manufacturers had a reasonable and legitimate expectation that unsold inventories of BS-III stocks could be sold even after April 1, 2017, and until such stocks were exhausted,” it added.