“My body is like a diesel engine, ek baar garam ho gaya toh chalta rahega” were the exact words of Salman Khan to which Anand Mahindra gave a quick witty reaction. 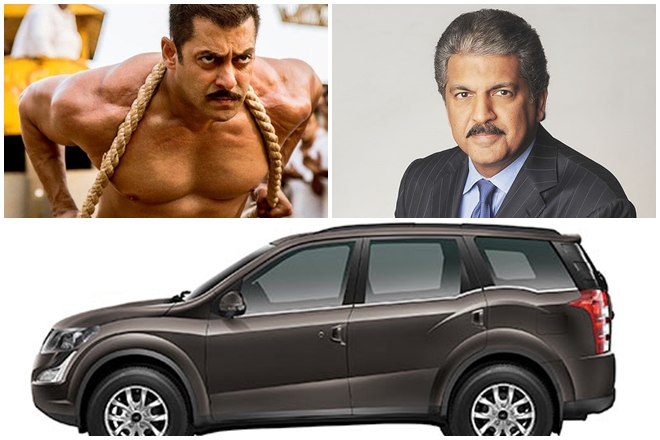 According to recent media reports, Salman Khan was quoted saying that his body is like a diesel engine. The Bollywood actor recently celebrated his 52nd birthday and the celebrations doubled up with the success of his latest blockbuster Tiger Zinda Hai. Salman Khan said, “My body is like a diesel engine, ek baar garam ho gaya toh chalta rahega.” The Hindi part means he comapres his body to a diesel engine saying once it gets hot, it keeps going. Anand Mahindra, Chairman, Mahindra Group did not miss this opportunity to give a witty reaction that described how Salman compared his body to a diesel engine. The company’s chief said that well, in that case, ‘Cheetah Zinda hai’. The word ‘Cheetah’ that he used refers to the Mahindra XUV500 SUV. For those who do not know, Mahindra has been using the word ‘Cheetah’ for its XUV500 in most of its advertising campaigns, comparing the athleticism and agility of the world’s fastest animal to the XUV 500’s performance.

This is not the first time that Anand Mahindra has given his precious reaction in a situation like this. In another recent development, Anand Mahindra offered a helping hand to a lady who modified her Bolero into a food truck in Mangalore. Anand Mahindra took it to Twitter and said that he is extremely happy that Bolero played a small role in her story. He also added that if someone can reach out to that woman, he or she should tell her that Mahindra will be supplying the second Bolero to the woman in order to help her expand the business further.

Coming back to the Cheetah aka Mahindra XUV500, the next generation of the SUV has been spied a number of times testing on Indian roads. The new model will most likely come with the same 2.2-litre diesel engine that is expected to churn out close to 170 hp of power and around 400 Nm of torque. The 2018 Mahindra XUV500 facelift is expected to make its debut at Auto Expo 2018.