While basic traffic rules like wearing a helmet while riding a two-wheeler are very well known, there are still many fines and penalties which not everyone is aware of. Here we list five of them! 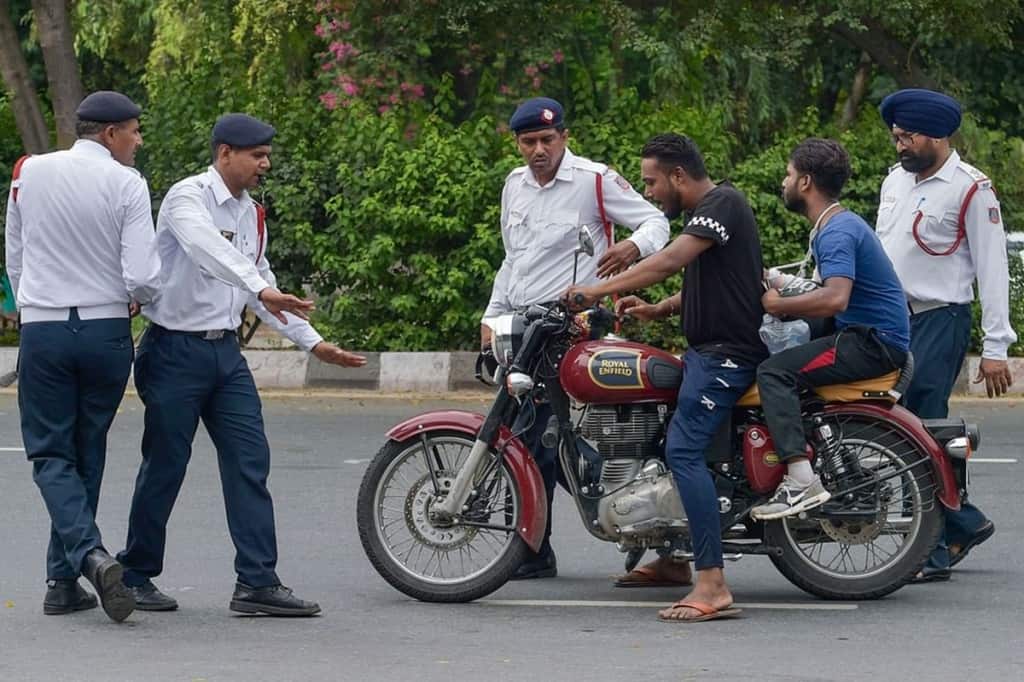 Let’s admit it! There is a good chance that at some point in your life, you must have hated traffic rules, especially when you had to pay fines or penalties. But at the end of the day, these are only meant to enhance the safety factor and to promote responsible and safe riding/driving. Had there been no traffic rules, then there would have been a greater risk of road accidents and the fatalities related to it would also have been much higher. Last year in September, numerous changes were made to the Motor Vehicle Rules and while we all are aware of basic traffic rules like wearing a helmet, there is a healthy possibility that not everyone is aware of all of them. If you are one of those, worry not as Express Drives is here to take you through five of the lesser-known traffic rules that might put you in trouble if you violate them. Also, do let us know which one of these were you aware of!

Riding with chappals, slippers, sandals, or floaters is considered an offense with a penalty of Rs 1,000. The reason behind this is the fact that the legs of the rider may slip due to the low grip provided by such footwear. Moreover, while shifting gears on a motorcycle, there is a good chance that such footwear might lead to slippage of the foot that can lead to an accident. That said, the next time you ride a bike or scooter, make sure to wear shoes first.

If you are someone who is found with two driving licences, then you will be penalized by the traffic cops. One case can be having DLs from two different states and even this situation is enough to get you a challan. Starting October 2019, the Central Government mandated that DLs and RCs issued by all states and union territories in India must be identical in design and colour. That said, make sure that you only have one driving licence and if your DL is expiring, don’t forget to renew it on time.

Using a phone except for this purpose

The changes in Motor Vehicle Rules last year also clarified the use of mobile phones or other handheld devices while riding/driving. According to the new rules, a motorist should only use an aforementioned device for route navigation purposes that too in a manner that should not hamper his or her concentration while driving. Talking on the phone while driving might attract you a fine of up to Rs 5,000.

While allowing free passage to emergency vehicles like ambulances and fire brigades is often seen as civic sense and a responsible act, there is now a traffic rule as well for the violators. If someone is found guilty of not offering free passage or blocking the way of such vehicles, there is a fine of up to Rs 10,000 and/or imprisonment of up to six months. So, the next time you see a fire brigade or ambulance in your rearview mirror, you now have more than just one reason to give it way.

If you are found unfit, both mentally or physically to drive, then the traffic police might slap a challan on you. The changes in the motor vehicle rules suggest that if a driver is found mentally or physically unfit to drive, he or she will be fined Rs 1,000 for the first time. If the same person is found guilty for the second time, then they will have to pay Rs 2,000 as a penalty.

Make sure you obey all these traffic rules to ensure your safety and also, others’ on the road. Happy Motoring!