Mercedes AMG have announced that the Project one will make 1014 hp and be powered by a Formula One 1.6 l V6 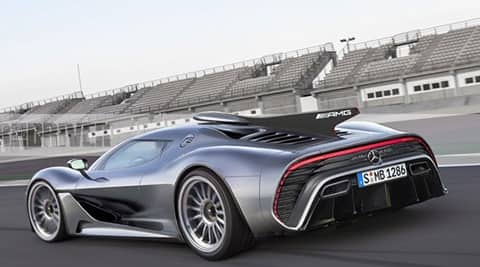 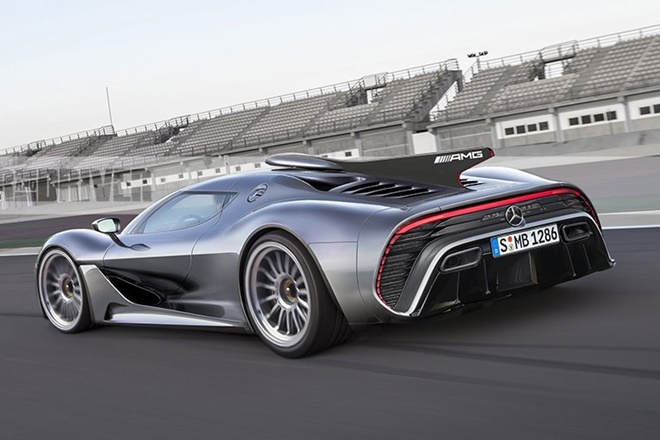 The concept of building a road car around a formula one engine, has been around for some time. Ferrari tried it with the F50 which was — at best — undrivable. Yet, every time we hear about one we can’t help but get excited. This time is Mercedes AMG who recently announced that they will be building a record smashing Hyper Car codenamed the Project One.

Mercedes AMG recently announced that the Project one will get it petrol powered heart from a “road-adapted” version of the 1.6 litre V6 used in the Mercedes W08 EQ Power Plus Formula one car. Which will be assisted by the MGU-K and MGU-H motor generator units, because — you know– green. Although “Road-adapted” Formula one engine sounds in a hyper car sounds a bit like “Potty trained” Pet Lion.

The Project One will also get its transmission from a Formula One car although it will make it to the cockpit through an automated manual setup.

Mercedes also say that they will — like Tesla — place their Lithium ion batteries low and towards the front, to bring down the center of gravity and balance out the weight in the back. This should ensure that the Project One will corner like a bat out of hell.

The target weight is 1300 kg and is expected to put out 1014 hp at the crank. Putting it square in in contention with the HyperCar holy trinity — the Mclaren P1, the Porsche 918 Spyder and Ferrari LaFerrari — although we suspect it might be a little quicker over all. Considering that it will find its roots in formula one car and may have a little more than filtered down DNA (we hope!).

Straight up, like the P1 it sheds all pretense of being green and polar bear friendly, with an electric range of only 30kms. We also now know that the front wheels can be driven individually, using wizardry called AMG Torque dynamics, that controls the torque delivery. Although this technology on the SLS Electric Drive already exists and is a torque vectoring technology like no other.

The super rare — only 275 will ever make it to road –Project One will hit showrooms in 2018, and we first get to batt eyes on it at the 2017 Frankfurt Motor Show this September. However if you want to see one in the flesh, you’d better be in Frankfurt in September, as Mercedes expects all of them to be spoken for before the actual launch.