Porsche India has launched the Cayenne Turbo GT at Rs 2.57 crore, ex-showroom. We tell you all about the new SUV Coupe. 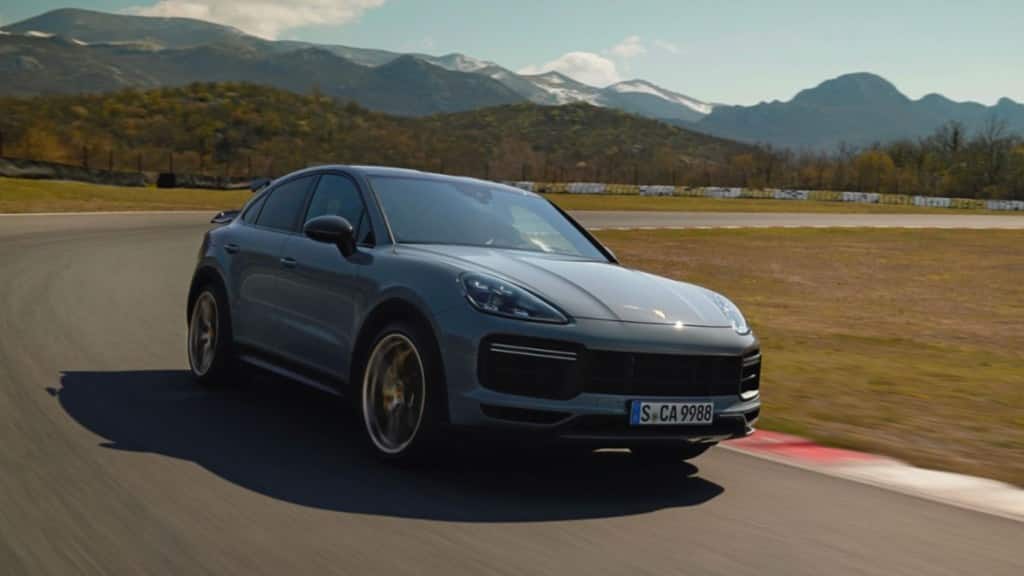 Porsche has officially unveiled its flagship SUV for India, the Cayenne Turbo GT, at Rs 2.57 crore, ex-showroom India. There’s more to just a cosmetic upgrade than what meets the eye. The Cayenne Turbo GT holds the fastest lap record for an SUV at iconic race track Nurburgring Nordschleife at 7:38.9 minutes. The Cayenne Turbo GT is the legendary sports car maker’s fastest internal combustion engine-powered SUV. For the record, the most powerful Cayenne is Turbo S E-Hybrid trim, which pumps out 670bhp, but alas it’s not available in India.

We take a closer look at this new four-seater SUV and find out what’s new about it.

The Cayenne Turbo GT’s powered by a 4-litre V8 biturbo engine that makes 631bhp and 850 Nm of torque. This makes the Turbo GT dish out an additional 90bhp and 80Nm more than the  Cayenne Turbo Coupé. It does 0-100 kmph in 3.3 seconds.

The powertrain of the Turbo GT uses different crucial components from the Turbo Coupe like the crankshaft, connecting rods, pistons, timing chain drive and torsional vibration dampers. All these new parts ensure that the Turbo is faster and offers a more dynamic driving experience.

The Cayenne Turbo GT is mated to an eight-speed automatic torque converter and a modified Porsche Traction Management (PTM) system, which is a permanent four-wheel drive system with a lockable centre differential. The new SUV has a standard sports exhaust system and central tailpipes.

Porsche has further enhanced Turbo GT’s chassis and tuned up the suspension. The new SUV’s stance is 17 millimetres lower than the standard Cayenne Turbo Coupe. Porsche further increased the rigidity of the three-chamber air suspension by up to 15 per cent.

The Turbo GT is paired with 22-inch Pirelli P Zero Corsa performance tyres, making the front set of wheels an inch wider when compared to the Turbo Coupe. The Turbo GT comes standard with a ceramic brake system.

Porsche tweaked the front apron with larger cooling air intakes. The Cayenne Turbo GT sports a carbon roof and black wheel arches and 22-inch wheels. It gets a roof spoiler with carbon side plates fitted to it. It also comes with a rear spoiler, which is 25 mm larger than that fitted to the standard Turbo. This increases downforce at the car’s top speed by up to 40 kilogrammes.

The Cayenne Turbo GT’s steering wheel features a yellow 12 o’clock marking. It is equipped with the latest Porsche Communication Management (PCM) system and is compatible with Apple CarPlay and Android Auto.

The Cayenne Turbo GT is priced at Rs 2.57 crore and takes on the Audi RSQ8 and Lamborghini Urus. Its German rival is priced at Rs 2.16 crore and belts out 592bhp, while the raging bull has a power output of 641bhp and costs over Rs 3 crore, (all-ex showroom India prices).