PM Modi gets new Rs 12-Crore Mercedes-Maybach S650 Guard: All you need to know about it!

PM Narendra Modi’s newest car is the Mercedes-Maybach S650 Guard. This Rs 12-Crore plus luxury saloon gets the VR10-level protection (highest level of armoured protection), and much more. 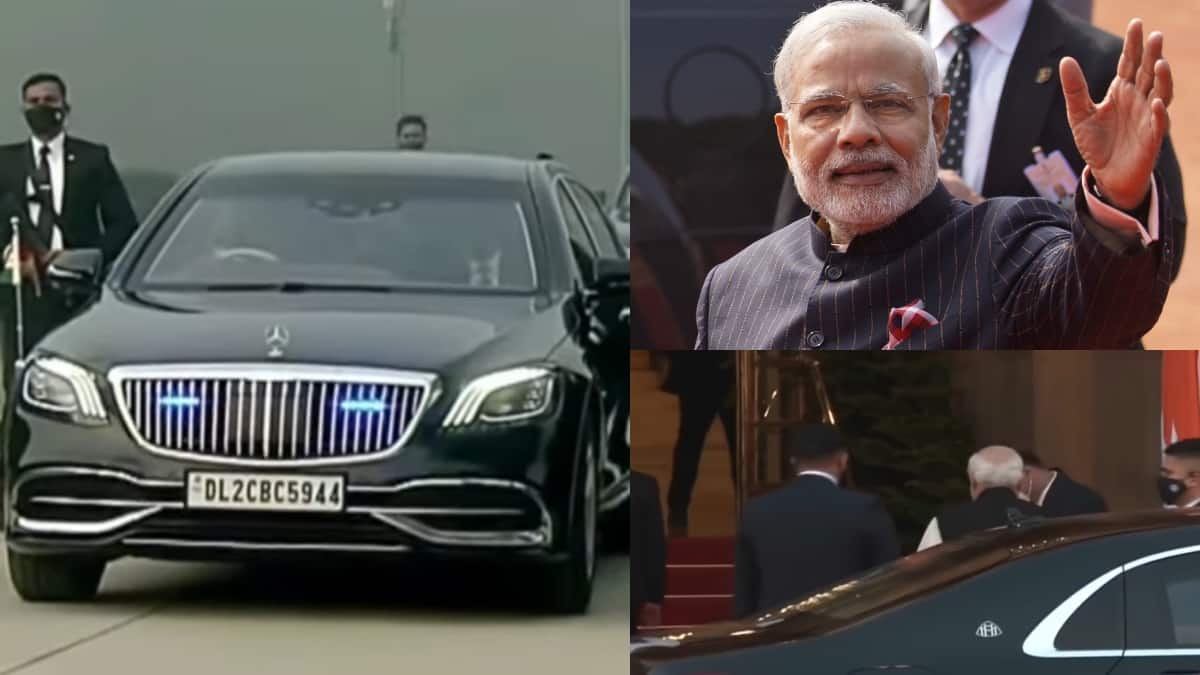 PM Narendra Modi is one of the most influential leaders in the world and he has recently got a new set of wheels that costs more than Rs 12 crore. The newest car in Prime Minister Narendra Modi’s convoy is the Mercedes-Maybach S650 Guard. This is an upgrade from the Range Rover Vogue and the Toyota Land Cruiser that he used until recently. He was first seen in the new Maybach S650 Guard at Hyderabad House earlier this month when he met Russian President Vladimir Putin on his India visit.

This luxury bullet-proof saloon that has been added to the PM’s fleet is the facelifted version of the Mercedes-Maybach S650 Guard, globally unveiled in 2019. While this sedan wasn’t officially launched in India, Mercedes-Benz did launch the Maybach S600 Guard in the country back in 2016 at a whopping Rs 10.50 crore, ex-showroom. The price of PM Modi’s new Mercedes-Maybach S650 Guard hasn’t been disclosed and it varies depending on the options installed in it. However, it is expected to cost around Rs 12 crore – Rs 15 crore (approximately without taxes).

Talking about the key highlights of PM Modi’s new Maybach S650 Guard, it gets the VR10-level protection, which is the highest level of armoured protection available on a production car. This luxury saloon can withstand hardened steel core bullets and it has also received an Explosive Resistant Vehicle (ERV) 2010 rating. This means that it can protect the occupants from a 15 kg TNT explosion from a distance of just two metres. The lower part of the car is heavily armoured to protect the occupants from direct explosions. Moreover, its cabin gets a separate air supply in case of a gas attack.

Powering the Mercedes-Maybach S650 Guard is a 6.0-litre twin-turbo V12 engine that churns out 523 hp of maximum power and 830 Nm of peak torque. It has an electronically restricted top speed of 190 kmph. Moreover, the sedan also gets special run-flat tyres that can run up to 30 km in case of any damage or puncture. Apart from these hi-tech advanced safety features to protect the Prime Minister of India, the Maybach S650 Guard continues to get all the other creature comforts that are offered on the standard Mercedes-Maybach S650.

Also, it is worth mentioning that the request for a new car for the Indian Prime Minister is usually made by the Special Protection Group or SPG, which is responsible for protecting the head of state of the country. The SPG identifies the security requirements and then takes the decision if the dignified person they are protecting requires a vehicle upgrade or not. The SPG orders two identical cars and the second vehicle is used as a decoy. PM Modi has used several cars over the years, from a humble bulletproof Mahindra Scorpio (as Gujarat’s CM) to a BMW 7 Series High-Security Edition, Land Rover Range Rover Vogue and Toyota Land Cruiser as PM.