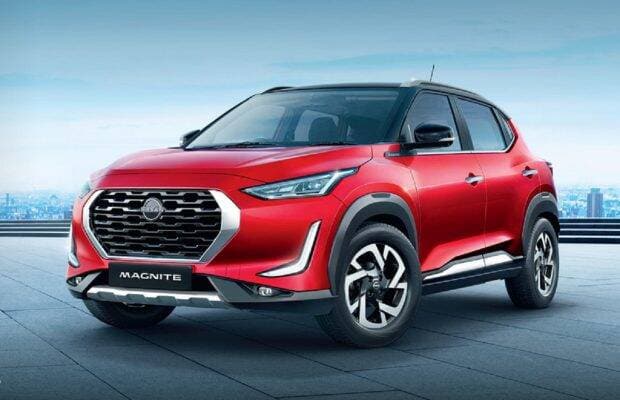 Nissan India launched its all-new sub-compact SUV, Magnite, in December last year and it has been doing very well for the company. In fact, the Indian subsidiary of this Japanese carmaker recently announced that more than 30,000 units of the Magnite have been delivered so far. The company has also bagged 72,000 plus bookings for this SUV since its launch. Now, Nissan India has rejigged the colour variants of the Magnite. However, the good news is that its prices have remained unchanged.

The dual-tone colour options include Vivid Blue with Storm White, Tourmaline Brown with Onyx Black, and Pearl White with Onyx Black. Apart from the changes in the colour palette of Nissan Magnite’s variant line-up, the rest of the bits remain the same as before. Talking about engine options, it gets two of them. The first one is a 1.0-litre naturally-aspirated petrol engine that develops 71 hp of power and 96 Nm of peak torque.

There is also a 1.0-litre turbocharged petrol engine that churns out 98 hp of maximum power and 160 Nm of peak torque (152 Nm of torque for CVT). Both the engines come mated to a 5-speed manual gearbox while the turbo petrol motor gets a CVT too. The Nissan Magnite is currently priced in India between Rs 5.71 lakh – Rs 10.15 lakh, ex-showroom Delhi. It rivals the likes of Maruti Suzuki Vitara Brezza, Tata Nexon, Renault Kiger, Hyundai Venue, Kia Sonet, etc.