Nissan India has achieved one million exports from its Chennai plant. The Nissan Magnite was the one-millionth vehicle to be exported and the company currently exports to 108 countries. 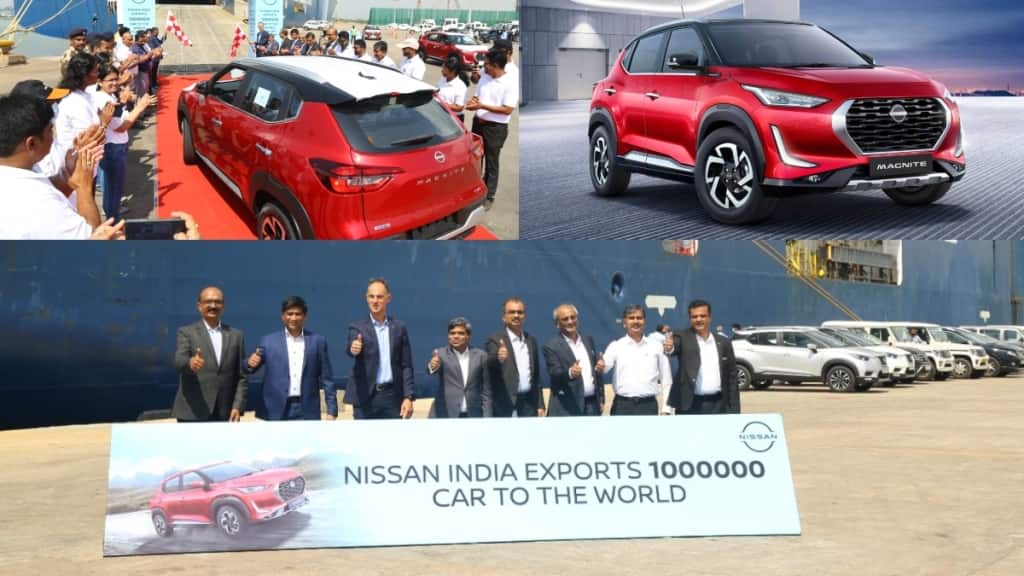 Nissan Motor India has achieved the milestone of exporting one million vehicles. Inspired by its philosophy of ‘Make in India, Make for the World’, the company currently exports vehicles to 108 countries from its Renault-Nissan Automotive India plant in Chennai (Tamil Nadu). Nissan Motor India commenced exports from this manufacturing facility in September 2010.

Commenting on the milestone, Frank Torres, President, Nissan India said, “We are proud to celebrate our one millionth Nissan vehicle exported from India to the world. Nissan India is a key hub for the exports of completely built-up cars and for parts supply. A good recent example is the export of our most awarded bestselling Magnite into Nepal, Bhutan and Bangladesh.”

He further added, “This is proof of the competitiveness of our operations, including the Port facilities. We would like to congratulate all our teams involved for this great achievement and extend our heartfelt gratitude to the Port officials and Union and Tamil Nadu Government for their continued support.”

“Reaching the one million exports milestone is a proud moment for all of us. It is a testimony to Nissan’s commitment to the ‘Make in India’ initiative. This achievement reinforces our focus on expanding and strengthening our market presence across global markets and establishes the Renault-Nissan plant in India as a hub of manufacturing excellence that will win more accolades and recognition,” said Biju Balendran – MD & CEO, Renault Nissan Automotive India Private Limited (RNAIPL).

The Nissan Magnite is offered in India with two engine options: a 71 bhp 1.0-litre naturally-aspirated petrol engine and a 98 bhp 1.0-litre turbocharged petrol engine. Both the engines come mated to a 5-speed manual gearbox while the turbo petrol motor gets a CVT too. The Nissan Magnite is currently priced in India between Rs 5.97 lakh – Rs 10.79 lakh, ex-showroom Delhi.