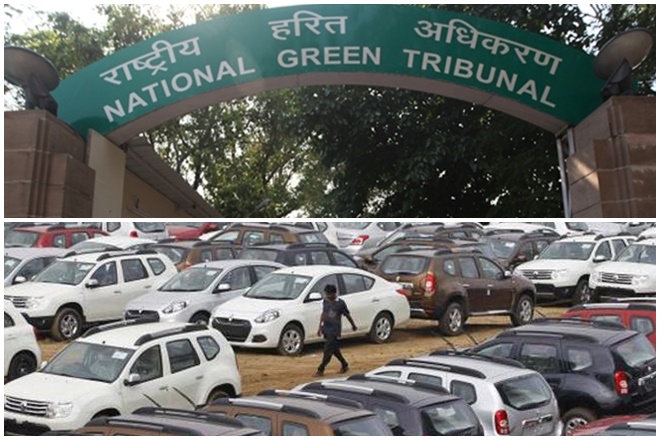 The Natioanl Green Tribunal (NGT) has dismissed as “infructuous” a latest plea filed against SIAM’s call to defer BSIV emission norms so as to sell the unsold BSIII stock, PTI reported. The NGT dismissed the petition saying that there was nothing left to do in the matter as the Supreme Court has already placed a ban on sale and registration of BSIII vehicles. “The counsel appearing for the applicant submits that in view of the order passed by the Supreme Court of India, this application has become infructuous,” the bench, headed by NGT Chairperson Swatanter Kumar, said.

The plea was filed by Dr R K Sharma, who said that he was aggrieved by the conduct of SIAM for its call to defer the new emission norms. According to a PTI report, Dr Sharma had asked in his plea that the NGT should direct that all types of vehicles, even those manufactured this year, should not be permitted to be sold and registered after April 1, 2017 unless they comply with the BSIV standards.

The government had in August 2015 said the sale of four-wheelers not meeting Bharat Stage IV emission norms will be barred in India from April 2017 with a view to bring the entire country under the ambit of tighter pollution control standards.

However, last month as the deadline closed in on the auto manufacturers, some asked for the last date to be pushed back. The reason cited was that many commercial vehicle (CV) and two-wheeler manufacturers had understood 1st April as the deadline for manufacturing of BSIII vehicles. The Supreme Court, however, stated that it had been clearly instructed that 31st March would be the last day for sale and registration of BSIII, hence their production should have been seized long back.

The auto industry too stood in splits as there was also a set of companies, including Toyota and Bajaj, which had long stopped manufacturing of BSIII vehicles, and hence supported a ban on them starting April. On the other hand, CV manufactures and two-wheeler makers like TVS, Hero advocated for extension on BSIII sales, so as to settle the outdated stock.

Before the ban was put in place, the auto industry stared at a loss worth Rs 12,000 crore. As the confusion over the deadline was cleared, brands got into a spree of offering heavy discounts on their BSIII vehicles. Owing to the discounts, consumers had lined up outside two-wheeler showrooms to get their hands on discounted scooters and motorcycles. There were rumours that showrooms had to be shut since the BSIII stock had finished with them.

These manufacturers have already incurred a loss owing to the heavy discounts that were offered to clear out BS III stock and further costs will have to be born by companies in order to dispose the unsold stock, which can not be exported as the rest of the world has already moved on to tougher emission norms.