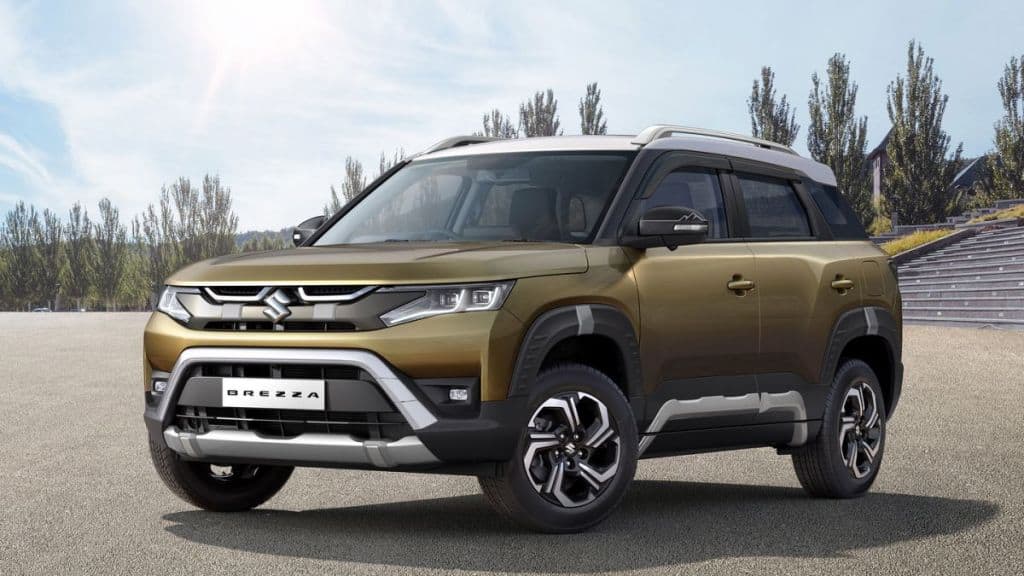 The 2022 Maruti Suzuki Brezza was recently launched in India ta Rs 7.99 lakh onwards (ex-showroom), rekindling the competitive sub-4 metre SUV market in India. The Brezza has been a good-selling product for Maruti Suzuki ever since its launch, however, in recent times, the Tata Nexon has been out-selling the Brezza, owing to better safety ratings and creature comforts.

You can read more about how the new 2022 Maruti Suzuki Brezza compares to its competitors in our detailed price comparison.

Design and dimensions of the 2022 Brezza vs Nexon

The new Maruti Suzuki Brezza has had a significant design update, including new headlights, bumpers, grille, fog lamp housings, and tail lights, giving the Brezza a sleeker, more modern look. However, the overall boxy silhouette is retained, giving the 2022 Brezza a signature design.

The Tata Nexon’s design has remained the same, as the carmaker hasn’t given the sub-4 metre SUV any significant updates in recent times. The Nexon features a high stance, high-set grille and waistline, an arched roof, and a sculpted bonnet with protruding wheel arches, giving the Nexon a sporty stance.

The Maruti Suzuki Brezza is slightly longer and taller, meaning more leg room and headroom, while the Tata Nexon wider, translating to better shoulder room. However, the difference is narrow. The Tata Nexon also gets more boot space.

The new Brezza facelift gets LED lights all around, including fog lamps, 16-inch tyres, auto headlamps, roof rails, a shark-fin antenna, plastic cladding, and front and rear skid plates amongst others.

The Maruti Suzuki Brezza is offered with a standard 1.5-litre petrol engine with a mild hybrid system. The engine is paired to a standard 5-speed manual or an optional 6-speed torque converter automatic with paddle shifters. Maruti Suzuki no longer offers a diesel variant after the BS6 norms came into effect.

The Tata Nexon is offered with a 1.2-litre turbocharged petrol engine or a 1.5-litre diesel motor. Gearbox choices include either a 6-speed manual or an AMT and gets three drive modes: City, Eco, and Sport.

The Tata Nexon’s petrol engine is more powerful than the Brezza’s, however, the latter offers more mileage and has a new 6-speed torque converter automatic compared to the Nexon’s AMT, which might be a deal breaker from some.

Safety features in cars are becoming a strong aspect amongst buyers. The new Brezza offers 6 airbags, ABS with EBD, ESC, hill hold assist, a 360-degree camera, ISOFIX child seat anchors, and more. The Brezza has not been rated by NCAP yet.

The Tata Nexon is a 5-star safety-rated SUV. It gets all the safety features the Brezza gets, apart from the number of airbags, which stands at two and the 360-degree camera, instead, gets a reverse parking camera and sensors.