New Maruti DZire variants explained, which one would suit you best

Prices of the latest entry from Maruti Suzuki, the DZire, will be announced tomorrow and it will now be sold in the passenger vehicle market. The earlier version of the compact sedan will be available for fleet operators, however, here is what the new DZire variants’ hold 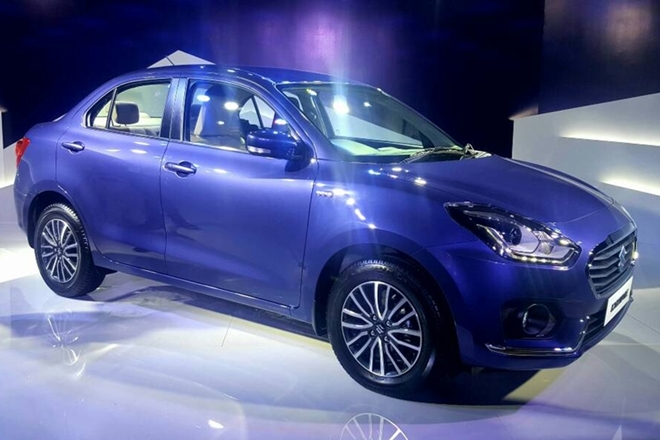 The new Maruti Suzuki DZire is officially launching tomorrow and like its predecessor, the company expects it to achieve impressive sales numbers. Since its launch in 2008, the DZire, or sold as Swift DZire in its earlier model range, will be available with safety features as standard, a new design language as well as new convenience list. It will be available in Lxi, Vxi, Vxi AGS, Zxi, Zxi AGS, Zxi+, Zxi +AGS, Ldi, Vdi, Vdi AGS, Zdi, Zdi AGS, Zdi+ and Zdi + AGS. Here is a break-up of all the variants that will be available in the new Maruti Suzuki DZire and what would one get for each variant

Exterior and Interior Features
All variants will have some common feature such as LED tail lamps, dual tone interior colour scheme and a radio antenna. The V variants are offered with more goodies which include chrome accents on the front grille, body coloured outside door handles as well as ORVMs (Outside Rear View Mirrors), turn indicators on ORVMs, tachometer, front door armrest, co-driver as well as driver side sunvisor. The Zxi/ZDi versions also come with alloy wheels, chrome inserts on the outside, while the interiors adhorn of an outside temprature display on the MID (Multi-information display). The plus variants based on the Z trims of both, petrol and diesel engine options, will have a ‘Precision-Cut’ alloy wheel, LED projector headlamps and DRLs (Daytime Running Lamps) along with the features available in the lower versions.

In terms of convenience, the Maruti Suzuki DZire will be available with push button start/stop, electrically foldable ORVMs, automatic climate control and driver side auto up/down power windows on the Z trims. That said, the lower V version will be available with rear AC vents, electromagnetic trunk opening and central locking. All variants will be offered with a tilt steering, front charging socket and bottle holders in all door pockets. 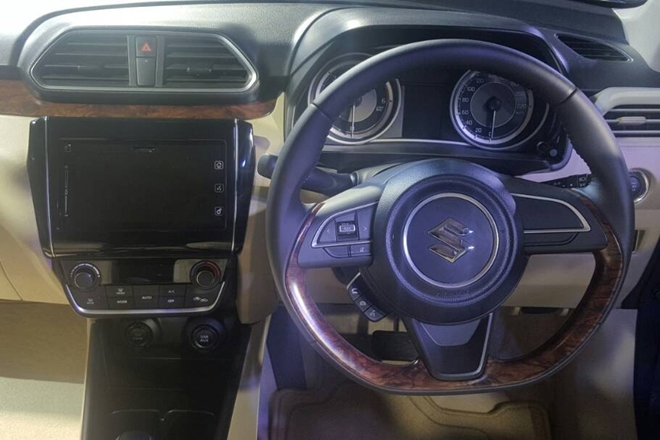 Safety
All variants of the Maruti Suzuki DZire will be available with ABS (Anti-lock Braking System), dual front airbags, driver seat belt disengage warning, key left warning and door ajar warning. The higher versions, starting from the V trim get anti-theft alarm system, speed sensing door lock as well as day/night adjustable IRVM (Internal Rear View Mirror). The Z and Z+ variants also get reverse parking sensors, reverse parking camera (Only on Z +), rear defogger and front fog lamps. Overall, the round-up is that the safety package is one concern that needed to be addressed in the DZire which has been done so.

Price
The price of the new Maruti Suzuki DZire is expected to start from Rs 5.5 lakh, ex-showroom Delhi since the current generation of the Maruti Suzuki DZire, which will be available only to fleet operators and in the commercial vehicle segment. Considering that the DZire has been one of the best-sellers, not just in its segment but also from the Indian carmaker’s stable. In its new offering, the compact sedan focusses more on the passenger vehicle segment which would keep the new generation exclusive for this category.