Two SUVs and two sedans, that’s what we can expect from Skoda India by the end of next year. We have confirmation of Skoda’s product launch timeline till 2021. We found some very exciting news on the upcoming all-new Skoda Octavia, the Kodiaq petrol and more information on the Skoda India 2.0 strategy. Here is what we know so far. 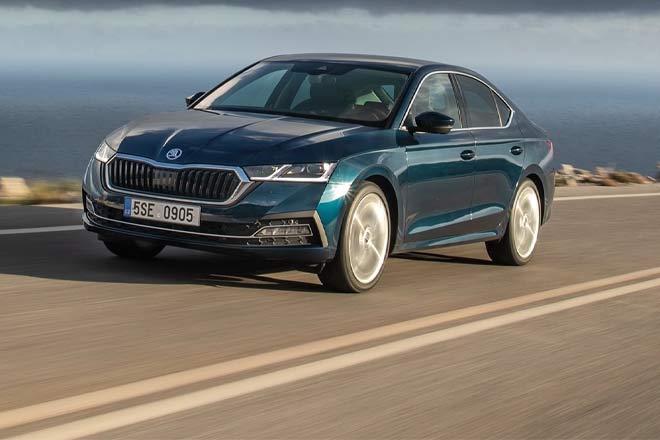 Rebranding itself to become a major player and gain market share in India, Skoda Auto had already announced how it plans to achieve it with new models, along with indigenously designed vehicles for India under the India 2.0 strategy. At the 2020 Auto Expo, Skoda had showcased its product line line-up, most of which have already arrived. These include the Octavia vRS245 which is already sold out, the Karoq SUV, the new Rapid 1.0TSI and the 2020 Superb facelift. With all those products already introduced in India, Skoda is not done yet. There are four more product launches scheduled to take place by the end of 2021.

Hollis confirmed that the Kodiaq petrol will arrive with a 2.0-litre TSI engine. The engine, in particular, will be good for 188hp and 320Nm of torque mated to a 7-speed DSG automatic borrowed from the Volkswagen Tiguan Allspace, which the Kodiaq shares its underpinnings with. After the plans to launch the vehicle was delayed, Hollis stated that the Kodiaq will be introduced in India at the end of this year and will be brought in through the CKD route.

During the discussion, Hollis stated that Skoda Vision IN concept which was showcased at the Auto Expo, will arrive in Q2 of 2021 as expected. The Skoda Vision IN concept will spawn an indigenously built and highly localised compact SUV for the Indian market based on the MQB-AO-IN platform as a part of the Skoda India 2.0 Strategy. Skoda India has trademarked the name “Kilq” which is what the SUV is expected to be called, but Hollis refused to confirm the name presently.

Following the introduction of the mid-size compact SUV, Hollis also confirmed that by the end of the year (2021), the MQB-AO-IN platform based mid-size sedan will be launched. This model is expected to replace the current-generation Skoda Rapid. As for its current line-up, Hollis said that he would like to bridge the gap between the value proposition Rapid Rider and the Rapid Ambition variant to bridge the significant price gap after the Rapid Rider receiving good response from the market.

Talking about the impact of the lack of a diesel offering in the Indian market, Hollis stated “At the moment, none whatsoever. I think the 1.0-litre TSI is very efficient. Form the cost of ownership point of view, it’s very similar to diesel. With 200Nm of torque, it offers good performance as well. The engine has been very well received by the market place. For our bigger cars like the Superb, we always had 65-70% demand form petrol anyway so we are not having any impact currently by not having diesels.”

But Hollis did not shun diesels entirely from Skoda. He mentioned “Diesel is not dead for Skoda. We are currently working with our engineers, particularly for our bigger cars, to try and get a diesel offering in the future. I can’t promise, anything, but it is something we are working on.”

Hollis also mentioned that Skoda is currently running a pilot project with a few dealers to introduce a preowned-car business under the brand. Skoda India intends to introduce the same in the coming months.