New electric buses to be a part of Gurugram public transport

In the first phase, electric vehicles would be operated in Gurgaon, which has excellent infrastructure and facilities in residential, commercial and public sectors, and is located in the national capital region, 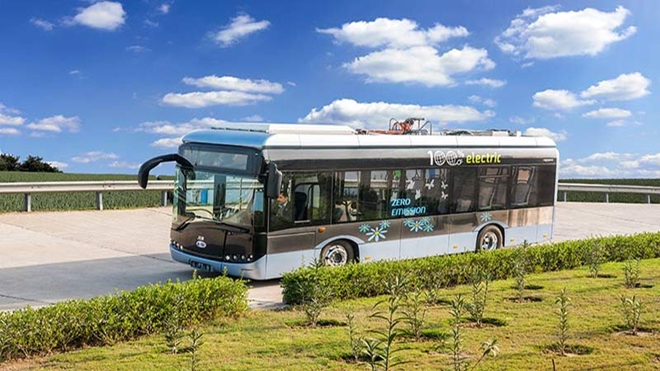 The Haryana government will set up an environment-friendly transportation system in Gurugram on the pattern of Poland, state Minister Kavita Jain said today. The Urban Local Bodies Minister, who is leading a delegation on a visit to the plant of JBM Solaris Electric Vehicles Limited in Poland’s Ponzan, said “In the first phase, 75 to 100 electric buses would be operated”. As compared to ordinary buses, each electric bus would help save about 4.25 lakh litres diesel and reduce carbon emissions by 1,150 tonnes in ten years of operation, she was quoted as saying in a Haryana government release. This would help in improving the environment, she said, adding that the central and state governments were committed to operating electric vehicles in the country. In the first phase, electric vehicles would be operated in Gurugram, which has excellent infrastructure and facilities in residential, commercial and public sectors, and is located in the national capital region, she said. This would not only reduce traffic congestion but also provide better public transport system to an average of 50,000 people every day.

Gurugram Metropolitan Development Authority, Municipal Corporation, Gurugram and Haryana State Industrial and Infrastructure Development Corporation (HSIIDC) would bear 50 per cent, 40 per cent and ten per cent of the cost of the project, respectively, she said. JBM Group has already established plant for manufacturing of CNG buses in Ballabhgarh near Faridabad, which would soon begin manufacturing electric buses under the Make in India