The Audi S5 Sportback gets a refresh for its return to India. The V6 powered mid-spec sports notchback will be imported, unlike its rival the BMW M340i xDrive. 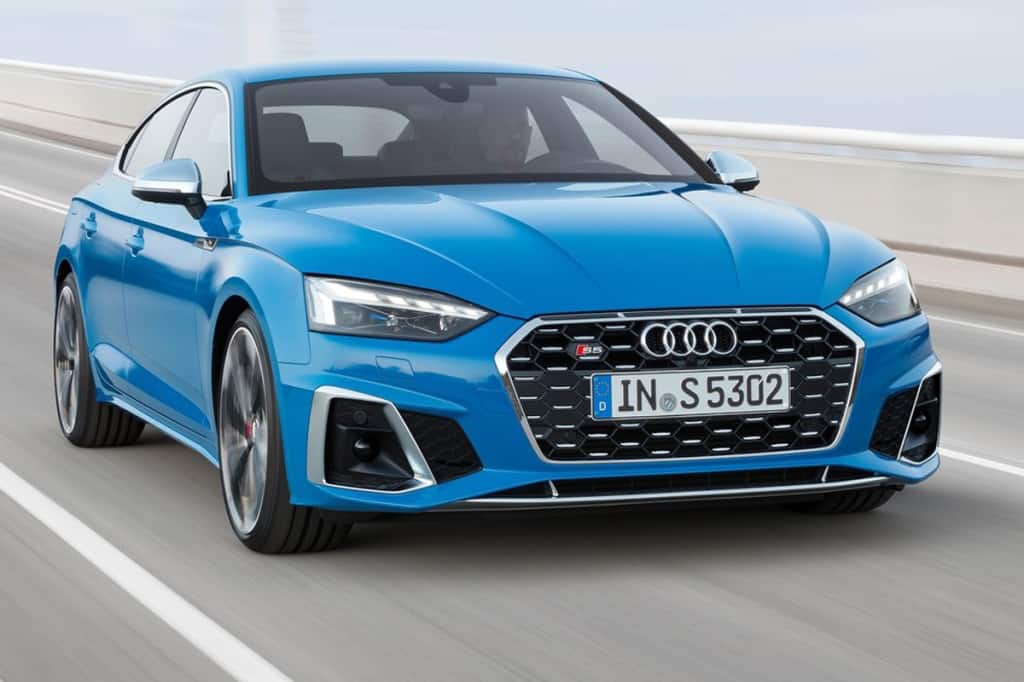 Audi India has launched the 2021 S5 Sportback. It will be brought in through the direct import CBU route, hence the S5 Sportback draws a heavy price tag of Rs 79.06 lakh (ex-showroom). The model was discontinued following the Indian auto industry’s transition to BS6 emission standards. It now returns in a new guise with the 2021 facelift with a more aggressive and sporty look. The S5 Sportback continues to be powered by the 3.0-litre V6 engine which is now BS6 compliant of course. It develops 345 hp and 500 Nm of torque. The motor uses an 8-speed automatic transmission.

The gearbox has been revised with new ratios that offer quick acceleration in the lower gears, but deliver higher fuel economy in higher gears. Audi claims the S5 Sportback will do a 0-100 kph sprint in just 4.8 seconds thanks to the power being channelled to all four wheels through the Quattro all-wheel-drive system. The system also features a central locking differential. The suspension has also been reworked featuring a new damper control function.

The styling has been revised to provide a meaner look for the S5. The four-door sports coupe now gets a new even sportier front grille and a more pronounced front bumper with larger air intakes. The rear section has also been revised to offer a sportier appeal, in comparison to its predecessor. It now gets a set of 19-inch, 5 double-arm, S Design, Graphite Grey Alloy wheels. The new headlamps feature Audi’s adaptive Matrix LED technology.

The S5 Sportback is a direct rival to the BMW M340i xDrive in India. However, being an imported CBU model, the Audi draws a higher price tag. Whereas even though the M340i xDrive will be offered in limited numbers, it is priced much lower at Rs 62.9 lakh (ex-showroom).