Mitsubishi Pajero to be axed next year: New plan to focus on hybrids and EVs

Mitsubishi has announced a new short-term plan which involves killing off the iconic Pajero SUV from early 2021. Additionally, Europe and other markets to take a back seat while ASEAN market to become a new key focus for the Japanese brand with new electric and hybrid SUVs, trucks and MPVs. 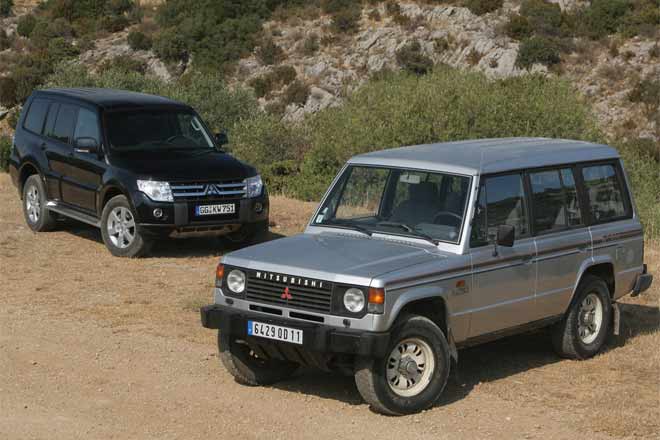 Announcing its financial results recording in major losses, at an all-time low in certain markets, Mitsubishi Motors has announced its new short term plan. Titled “Small but Beautiful”, the new plan for the brand is said to be executed in the next three years. The first step in that direction, unfortunately, is a heartbreaking one as the Japanese automaker has announced that it will axe the beloved and revered SUV – the Mitsubishi Pajero from early next year. Additionally, Mitsubishi has canned its plans to introduce new models in Europe, while shifting focus towards the ASEAN countries with new models including PHEVs and BEV models. For in Indian market, however, the brand has kept its plans close to its chest, but we had reported earlier that it is looking for a new investor. You can read about it in our exclusive report here.

The Mitsubishi Pajero made its debut back in 1981 at the Tokyo Motor Show. The SUV was revered as one of the most capable and dependable SUVs. The Pajero cemented its reputation by dominating the Paris-Dakar Rally from 1985 to 2007 claiming record 12 wins in total, seven of which were on the trot between 2001 to 2007. The Pajero saw its demands soar at its highest back n 1992 when 1,74,708 units were built and sold worldwide. However, the demand for the model globally has dropped to 46,637 in 2018.

Mitsubishi’s Board of directors decided to stop production in the first half of 2021 and close the of Pajero Manufacturing Company’s factory responsible for manufacturing the Pajero. Vehicle manufacturing of the company will be transferred to Mitsubishi Motors Corporation’s Okazaki factory. While the Pajero will be axed next year, its legacy will be represented and carried forward by the Pajero Sport model which will continue to be produced and sold.

The discontinuation of the Pajero is a part of the new Small but Beautiful plan which involves reducing fixed costs by at least 20% compared to the previous year. Meaning, Mitsubishi felt it could not sustain manufacturing the Pajero any longer, or investing in new tooling for a new-generation model. Instead, the company will invest in core regions and technologies to help profits. That is the reason why Mitsubishi has scrapped plans to introduce new models in Europe, although operations with existing models will continue.

Mitsubishi has identified the ASEAN region as its core market and hopes to increase its market share to more than 11% in the region. Additionally, it plans to further develop its business in Africa, Oceania and South America after executing the plans for the ASEAN region. Mitsubishi will strengthen and focus on its Plug-in Hybrid and battery electric vehicle range, and aims to launch new products by FY 2022. Product styles that the brand will focus on include SUVs, Pick-up trucks and an MPV in ASEAN markets first.

Additionally, for the Japanese market, the brand is investing towards the production of new electric Kei-cars at Mizushima Plant in Okayama Prefecture which is expected to start by August 2020 with an injector of JPY 8 billion. The Kei car will be jointly developed with the help of Nissan as a part of the Renault-Nissan-Mitsubishi Alliance. The cost to establish the production line for the vehicle will be shared between both companies.

As for India, Mitsubishi India who is looking for investors is expected to introduce two new models. First of which would rival the Hyundai Creta and the Kia Seltos in the compact SUV segment, and another that will directly compete against the Toyota Fortuner and Ford Endeavour to start its new innings in the Indian market.