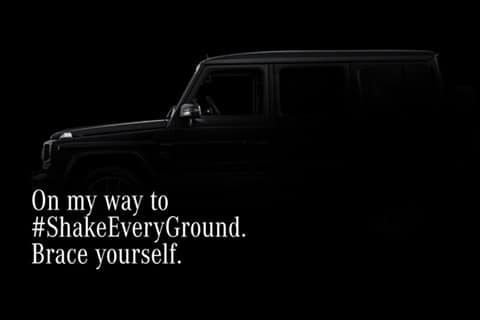 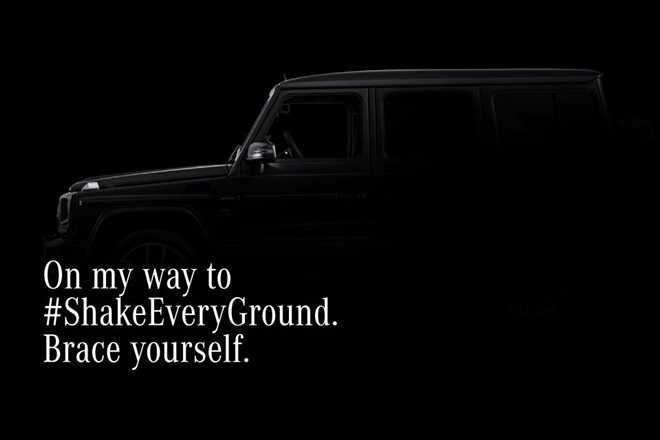 Mercedes Benz India have teased an image of what appears to be a G-Wagon. The German manufacturer posted the image in a latest tweet that said ‘On my way to shake every ground. Brace yourself.’ So, what is it about? Last month, Mercedes Benz announced launching of two new special editions of the G-Wagon to mark the iconic SUV’s last year of production.

The G-Wagon, which was first introduced in 1979, was to take its last bow with the drop-top Mercedes-Maybach G650 Landaulet special edition. However, in what came as great news for G fans, Mercedes launched two new special editions, which would have a price tag as premium as the Landaulet, but said that would not be limited to 99 units.

There’s something ground breaking in store for you. Watch this space for more. #ShakeEveryGround pic.twitter.com/AKDpdcidXV

The new ‘designo manufaktur’ edition is available with either a 3-litre, six-cylinder diesel or a 5.4-litre V8 and a choice of three special exterior paint finishes and comes with five-spoke AMG alloy wheels as standard. This edition will be priced starting from €109,878 in Europe depending on the powertrain.

Then there’s the G 63 AMG and G 65 AMG Exclusive Editions, the latter of which will cost about €287,658. On the inside, the exclusive editions get two-tone leather, and the seats and door panels have a quilted leather finish.

There is no official word on whether either of the special edition G-Wagons is coming to India. But, we do hope to see the special edition of the mighty and iconic car on our roads, however expect a much bigger price tag on it if it launches in India.