With the implementation of GST which is expected to come into play by 1st July 2017, luxury carmakers are gaining maximum profit. 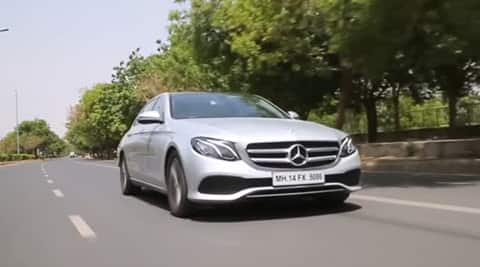 Luxury car manufacturer, Mercedes-Benz, has reduced the prices of it locally assembled cars and SUVs in India. The revision in prices is due to the benefits of luxury cars due to the recent GST announcement. The company has said that the prices will be reduced from two to nine percent depending on the models and tax structures in different states.

“It looks really reasonable now that the government will stick to its decision to implement GST from July 1. We now know more in details what taxation are going to be in various states. We have a clear picture of the road ahead. So we have decided to compensate the difference between the current and post GST prices for our entire Made in India range,” as stated by Roland Folger, Managing Director & CEO, Mercedes-Benz India to PTI

The locally assembled models by Mercedes-Benz in the country are the CLA, GLA, GLC, GLE and GLS, C-Class, E-Class, S -Class and Maybach S 500. The price reduction will range between Rs 1.4 lakh on the CLA and up to Rs 7 lakh on the Maybach S500. In addition to the locally assembled cars, the company is also discussing the strategy for its CBU (Completely Built Units) models.

With the implementation of GST which is expected to come into play by 1st July 2017, luxury carmakers are gaining maximum profit. That said, the tax on mass-market cars as well as hybrid cars will go higher than the current slab. The Government’s effort to make India a completely electric mobility country by 2030 will take a huge setback if the said segments do not see a price drop. However, the Finance Ministry is reconsidering its current proposal and may reduce taxes on greener as well as mass market cars after a request by Minister of Road Transport and Highways of India, Nitin Gadkari.