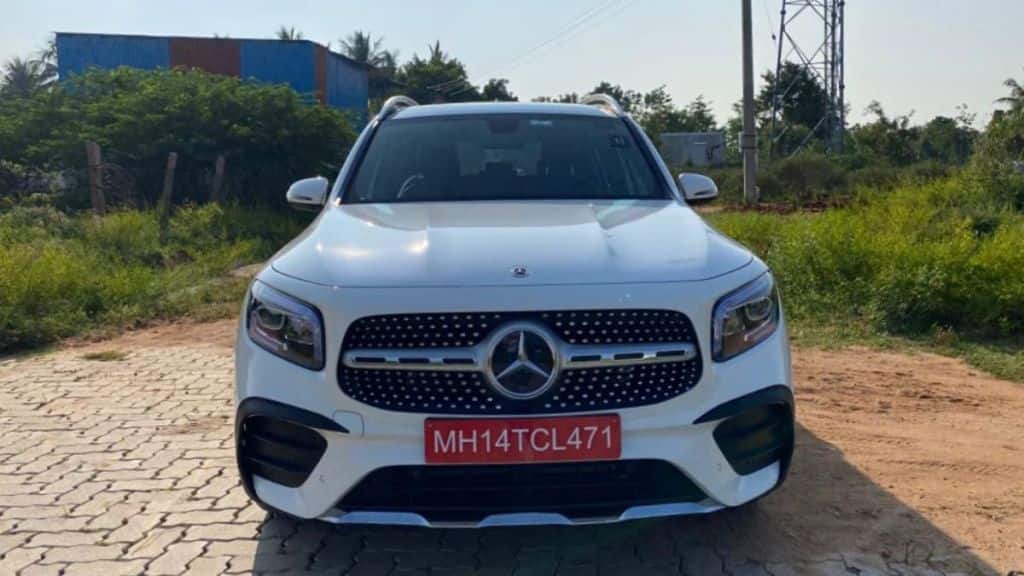 German luxury carmaker Mercedes-Benz has launched the all-new three-row GLB SUV in India, priced at Rs 63.8 lakh onwards ex-showroom. The newly-launched Mercedes-Benz GLB is available in three variants and their pricing is as follows. The new Mercedes-Benz GLB is the carmaker’s second seven-seater offering in India after the GLS and is sold as a CBU.

In terms of design, the new GLB features a familiar Mercedes look, more like a scaled-down version of the GLS. The GLB gets an upright front fascia with a flat bonnet and roof line, large, squarish headlights, squared wheel arches, and similar tail lamps as the GLS.

Inside, the GLB looks familiar to the Mercedes GLA with two 10.25-inch screens, one of which is the infotainment system and the other an instrument console. The second-row seats can slide and recline, giving the third-row occupants more space, while other features include the MBUX infotainment system with wireless smartphone connectivity, ‘Hey Mercedes’ voice prompt, wireless charging, powered front seats, ambient lighting, panoramic roof, and parking assist amongst other features.

Powering the Mercedes-Benz GLB is a choice of one petrol and one diesel engine. The petrol unit is a 1.3-litre turbocharged mill that makes 160bhp and 250Nm of peak torque with the help of a 7-speed automatic gearbox that drives the front wheels. The petrol engine is the same unit that powers the A-Class sedan.

The diesel unit, on the other hand, is a 2.0-litre four-cylinder motor that makes 187bhp and 400Nm of torque with the help of an 8-speed automatic gearbox. The Mercedes-Benz GLB diesel can be had a front-wheel-drive only, or specced to an all-wheel-drive version with the carmaker’s 4Matic AWD system.