Powered by the most powerful AMG V8 series engine, India gets 2 exclusive examples of the GT Black Series and starts from Rs 5.50 crores, ex-showroom India. 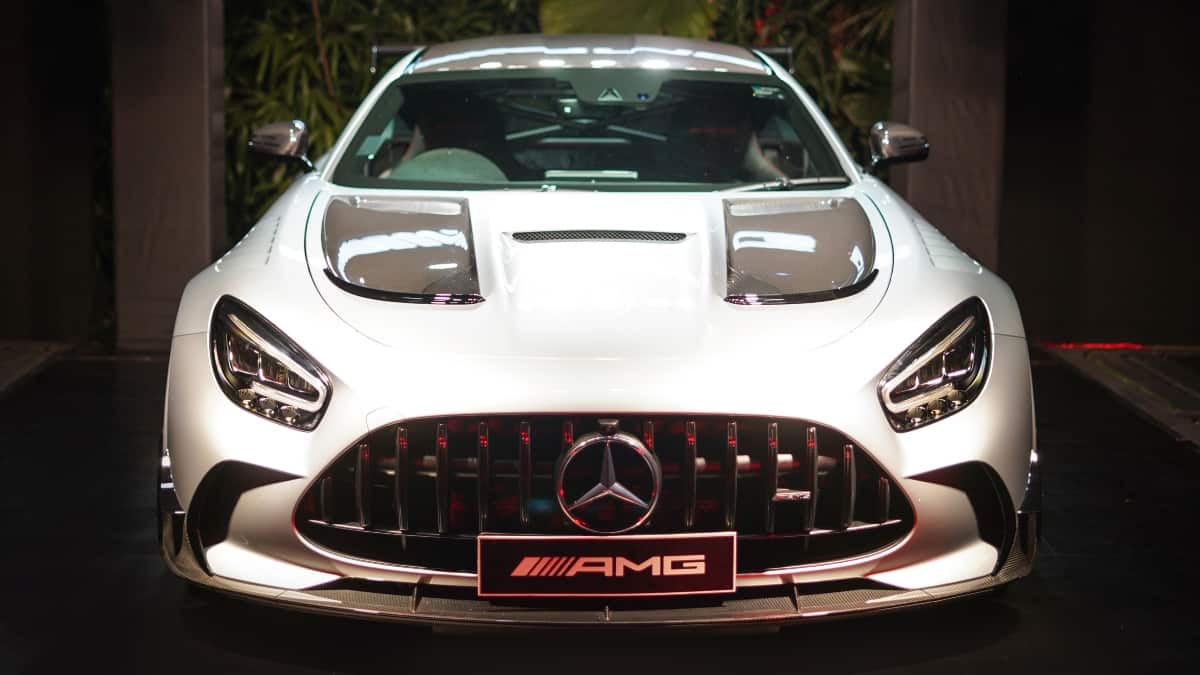 Mercedes-Benz unveiled the all-new Mercedes-AMG GT Black Series, this ultimate beast is powered by the most powerful AMG V8 series engine that AMG has ever made. GT Black Series is priced at Rs 5.50 crores upwards based on  individual configurations (all India ex-showroom prices) and the two units allotted to India are already sold.

The Mercedes-AMG GT Black Series is now the most powerful Mercedes-AMG car yet. The super sports car is very unique as it is suitable for high-speed use on racetracks and also road-legal at the same time.

What makes the Black Series the most powerful?

In comparison with the current GT, the Black Series’ V8 has been so extensively modified that it has its own engine code. The Black series produces 143bhp and 100Nm torque more than the next-fastest variant, the GT R Pro. Power is transmitted from the engine to the rear wheels and it is mated to a 7-speed AMG Speedshift DCT 7G dual-clutch transmission. The gearbox is specially modified For the AMG GT Black Series.

The V8 engine is an improved version of the previous version used by other AMGs as it comes with a racing-spec flat-plane crankshaft instead of a cross-plane unit, which allows superior smoothness and higher torque at low rotational speeds. The new layout benefits from more powerful turbos mounted on anti-friction bearings, a larger intercooler, and an improved exhaust system.

Design and other upgrades

The Mercedes-AMG GT Black Series has a very unique design inspired by the GT3. Most body panels in this monstrous Black Series, like the front splitter, bonnet, side-view mirrors, tailgate, side skirts, roof, rear diffuser and rear wing are made of carbon fibre. It also features the flaps on the upper rear aerofoil blade which are adjustable by 20 degrees.

AMG offers adjustable anti-roll bars (the front one is made up of carbon fibre while the rear one is with hollow steel), electronically adjustable dampers with three modes, manually adjustable ride height and an underbody cross brace.

Black Series features an extraordinary amount of detailing inside the cabin, making it superior.  The interior consists of leather and microfiber fabric with stitching in black and orange, and matt black carbon fibre trim. Weight-saving door panels have loop pull handles and a fire extinguisher.