Meet the fastest McLaren ever! The Speedtail breaks 400kmph barrier & how

During high-speed runs, the Speedtail prototype ‘XP2’ managed to touch a maximum of 403 kmph, that too over 30 times. The previous record was set back in the year 1998 when the company’s F1 registered a top speed of 386.7kmph. 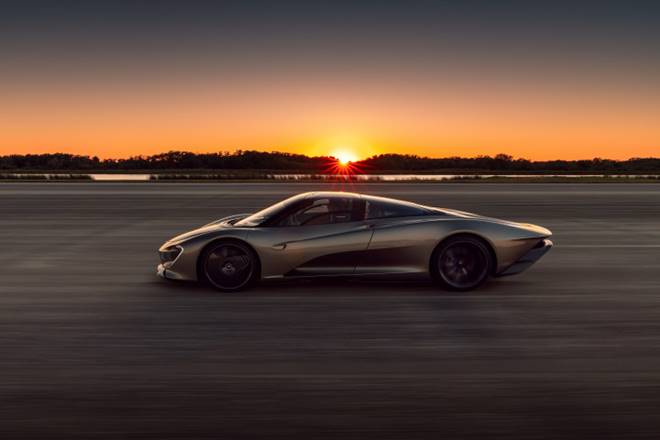 McLaren has recently broken its own high-speed record with the Speedtail. With the said model, the company breaks the record of 386.7 kmph that was previously set by the McLaren F1 back in the year 1998. In order to be specific, the McLaren Speedtail has achieved a top speed of 403kmph under a high-speed validation program at Johnny Bohmer Proving Grounds in Florida, USA. One of the biggest contributors that helped in setting this speed record is the element that reflects in the name itself of the car, yes its long tail which is 5.2m long. During test runs, the Speedtail prototype ‘XP2’ managed to touch a maximum of 403 kmph, that too over 30 times. The McLaren Speedtail gets a carbon-fibre body that features active ailerons. 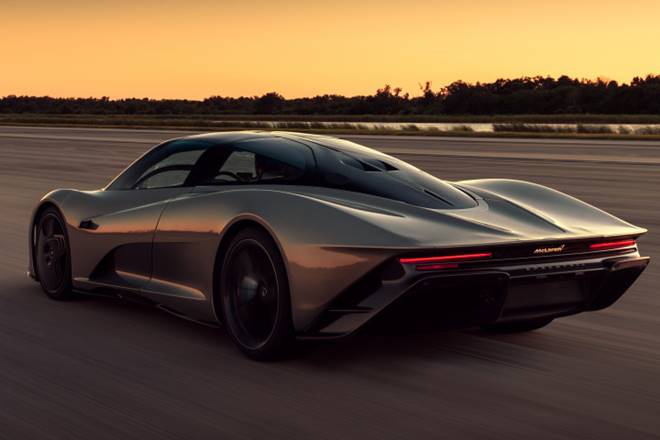 Moreover, the hypercar gets a teardrop cabin design and offers a central driving position. The Speedtail ditches physical rearview mirrors and instead comes with retractable digital rear-view cameras. The hypercar draws power from a petrol-electric hybrid powertrain. The combined power output from the twin-turbocharged 4.0-litre V8 engine along with the electric motors is good at 1,055hp while the peak torque output is rated at 1,150Nm. The car can sprint from a standstill to 300kmph in just 12.8 seconds.

The battery pack employed on the Speedtail has a power density of 5.2kW/kg, accounting for the best power-to-weight ratio of any automobile high voltage battery system. The interesting part here is that the batteries continuously self-charge when the car is being driven. A wireless charging pad, however, comes as standard that maintains the battery’s status when the vehicle is not running. Talking of the kerb weight, the Speedtail tips the scales at 1,430kg. The McLaren Speedtail is limited to just 106 units and in case you are wondering how much it takes to own such an engineering marvel, well, this one costs a hefty 1.75 million pounds or Rs 16.5 crore.

However, you can’t do that now as all units have already been sold out as soon as the Speedtail was unveiled. Deliveries for this hypercar will commence starting February 2020. Certainly, lucky folks who have managed to get one!