After the races, the winning team champion was Rayo Racing and the maximum number of pole positions were secured by Ruhaan Alva. 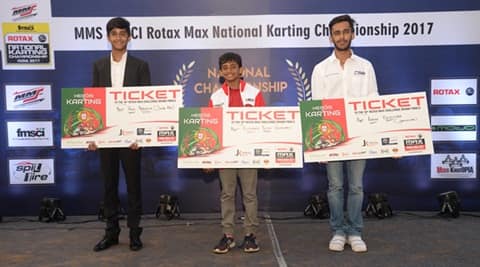 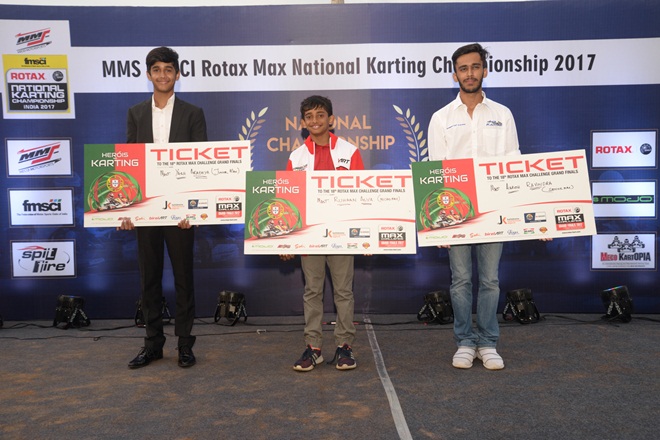 The final round of Meco Motorsports FMSCI National Rotax Karting Championship was held in Bengaluru on Monday where Yash Aradhaya and Arjun Rajiv from the city swept the Junior Max and Micro Max titles. In the Senior Max championship, Aaroh Ravindra from Mumbai won the title. Yash Aradhya (MSport) won the Junior Max title and also had been in top form all through the season. He claimed 432 points to pip Chirag Ghorpade with 423 points in PBC Racing and Shahan Ali Mohsin with 405 points in Sport, who stood at the third position on the podium. The fifth and last round of the championship saw participation from spectators, parents and other team members as well. There were three classes, which saw a tough competition between the participants and the top drivers were only a few seconds apart.

In the Micro Max championship, Arjun Rajiv secured the first position with 416 points, Ruhaan Alva stood second with 408 and MR Rishon with 408 at the third place. In the Senior Max category, Aaroh Ravindra confirmed the lead position with 436 points, followed by Nirmal Umashankar (Msport with 403) and Aanjan Patodia (Rayo Racing with 388).