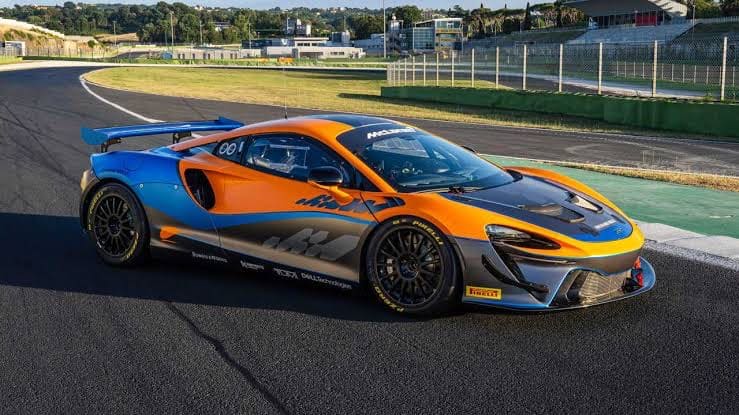 McLaren Motorsport has revealed its all-new Artura GT4 race car while it will make its global public debut at the Goodwood Festival of Speed that’s scheduled to take place from June 23-26, 2022.

Based on the Artura luxury supercar, the Artura GT4 is built on the multi-championship-winning 570S GT4 and 720S GT3 cars. It features a new compact twin-turbo V6 engine and weight-optimized setup that’s claimed to be more than 100 kg lighter than the model it replaces.

With its seven-speed gearbox, the Artura GT4 offers improved downforce compared to the 570S GT4, particularly at the front end which features a bespoke splitter, dive planes, bonnet duct, rear wing having seven angle settings, while a Bosch system controls the electronics.

Moreover, the suspension and handling have been improved, with the front wheel width being increased, creating more grip and reducing tire degradation. While limited slip differentials offer enhanced grip and performance, along with improved serviceability.

The Artura GT4 will set new class standards with its lighter weight, extremely precise handling characteristics, enhanced durability, and its greater packaging and efficiency advantages, plus its ease of servicing by the new V6 powertrain.

McLaren factory driver Rob Bell will drive the car at Goodwood, with an “intensive” test and development program planned ahead of a full customer debut in 2023.