Maruti’s Bhargava brushes aside concerns on EV project; says there’s nothing against shareholders

Countering the criticism from the proxy advisory firm, IiAS, Bhargava noted that all models produced at Suzuki Motor Gujarat (SMG), including EVs, would be ultimately sold by Maruti Suzuki India (MSI) in the marketplace. 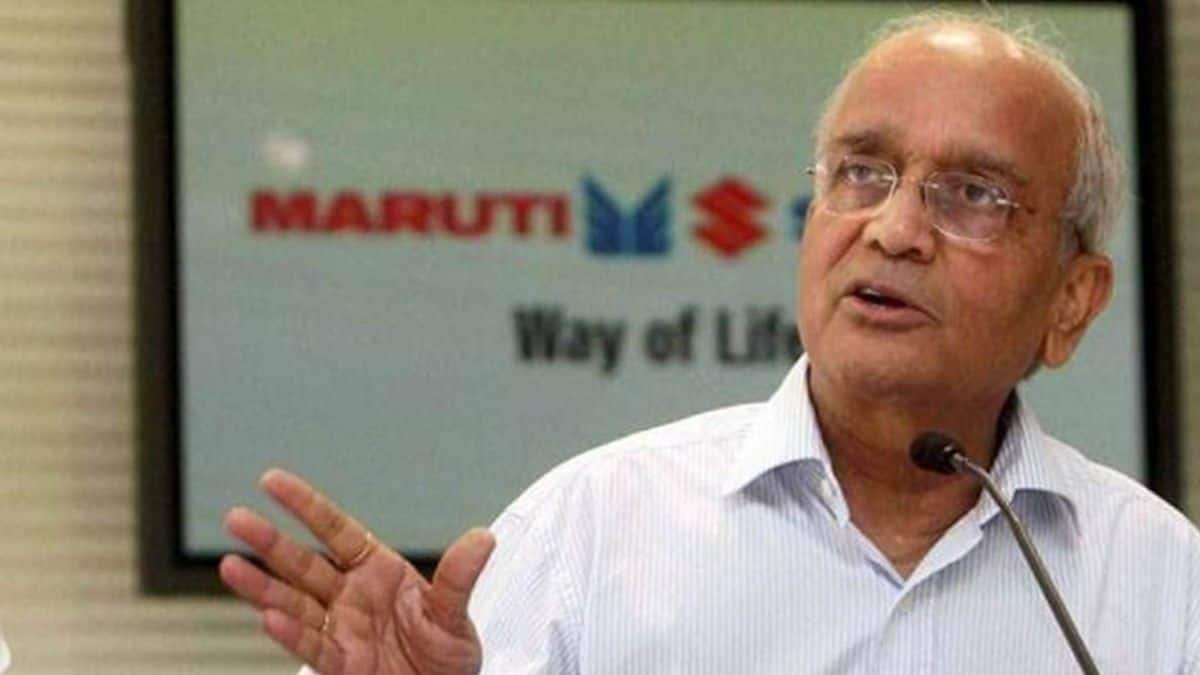 Brushing aside concerns raised by proxy advisory firm IiAS on Suzuki’s investment in the EV project, Maruti Suzuki Chairman RC Bhargava on Thursday asserted that there was nothing in it against the interest of the company and its shareholders as it is part of an earlier arrangement.

Countering the criticism from the proxy advisory firm, Bhargava noted that all models produced at Suzuki Motor Gujarat (SMG), including EVs, would be ultimately sold by Maruti Suzuki India (MSI) in the marketplace.

IiAS has raised serious questions regarding the decision of the Suzuki Motor Corporation (SMC) to invest directly in the EV project instead of MSI doing it.

“This proxy firm had also come out against the establishment of the Suzuki Motor plant in Gujarat. The shareholders overwhelmingly rejected the advice of the proxy firm. The voting was overwhelmingly in favour of this project. What has happened now is just within that project only, there has been no new agreement,” Bhargava told PTI.

He said the deal had already been approved by the shareholders and there was nothing new to be opposed to.

“It is already a done deal, this is not a new thing. I don’t know why they (IiAS) are opposing it. The cars made in Gujarat will be supplied to Maruti at a cost, we will sell the car, that is the arrangement approved in 2014, so what is new here,” he noted.

He further said: “There are so many models SMG is manufacturing. They have a production capacity of 7.5 lakh units. So this (EV) is part of that”.

When asked if the EV model would also be part of the same arrangement with SMG, Bhargava stated: “Yes.. nothing was said that the car that would be manufactured there (SMG) would only be with internal combustion ones…Any car which is manufactured there will be sold by us”.

SMG, a 100 per cent subsidiary of SMC, supplies cars exclusively to MSI.

On March 20, SMC announced to invest around 150 billion yen (about Rs 10,445 crore) by 2026, for local manufacturing of battery electric vehicles (BEV) and batteries in Gujarat.

The company has signed a memorandum of understanding (MoU) to this effect with the Gujarat government.

Under the MoU, SMG will invest Rs 7,300 crore for the construction of a plant for BEV batteries at a land neighbouring SMG’s existing plant by 2026.

IiAS (Institutional Investor Advisory Services) has noted in its report that the larger issue continues to be this inherent conflict of interest – between owning a 100 per cent subsidiary and having a listed company in the same market.

“These structures make it easier for MNCs to hollow out the listed subsidiary and reduce its value. Maruti’s shareholders must constructively engage with SMC to understand how this structure will work. Asking the right questions now will hopefully allow their concerns to be built into the project design,” it stated.

For Maruti, its future may be at stake, the advisory firm noted while adding that the company must define its role in the EV venture.

A consultation with its stakeholders – as at the time of setting up the Gujarat plant, will enable Maruti to create a mutually beneficial deal structure and remain relevant, it noted.

IiAS had also rallied against the decision by SMC to set up a wholly-owned subsidiary in Gujarat on land that was allocated to Maruti.

“This issue plays up once again. SMG will invest in setting up the EV plant. SMC will argue that this saves Maruti’s shareholders the capital, but Maruti had Rs 30 billion in liquid cash and little debt on its balance sheet on September 30, 2021 – investing Rs 104.45 bn over the project years is unlikely to stress Maruti’s financial profile,” it noted.