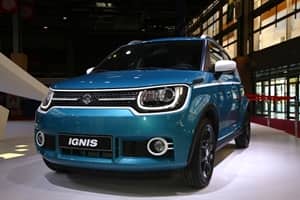 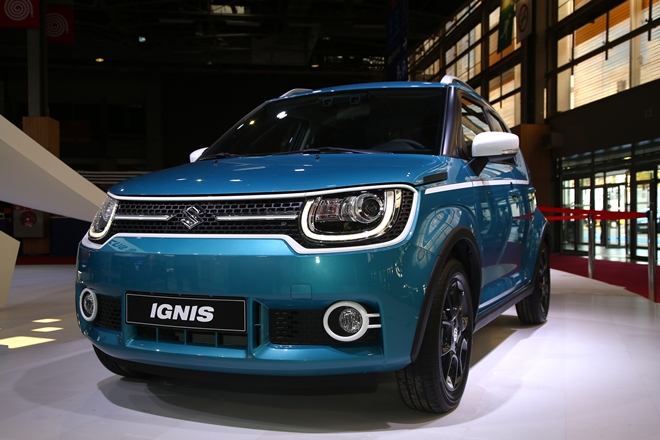 Maruti Suzuki will launch its much-awaited car, the Ignis on 13th January, 2016, in India, according to various reports. Supporting these reports, the company has also listed the Ignis on it’s official website as ‘coming soon’. The Ignis will replace the Ritz, which has started showing its age in terms of features and equipment and sales too have declined steadily for the car. The Ignis was first showcased at the 2016 Auto Expo, and will be sold pan India through Nexa dealerships, making it the third product for Nexa.

The Ignis is expected to be powered by a 1.2 litre petrol engine and 1.3 litre diesel engine mated to a five speed manual transmission along with the possibility of an automatic transmission. The compact crossover car also features projector headlamps with LED DRL’s, lending it a modern fascia. Inside the car, one can find a touchscreen infotainment system with navigation, Apple CarPlay, USB, and AUX. In terms of safety, the Ignis might get ABS with EBD as a standard feature and will also feature dual-front airbags.

The company had earlier planned to launch the Ignis closer tot he festive season but due to the production backlog of Vitara Brezza and Baleno the launch got delayed. The Ignis will be manufactured at the company’s new Gujarat facility and will compete with the Mahindra KUV100 in its segment. As for the prices, we expect that the Ignis will be launch approximately between Rs 4 lakh to Rs 7 lakh.