Maruti Suzuki has teased the silhouette of Grand Vitara today

Bookings have opened at all the touchpoints of NEXA across the country at Rs 11,000 while the car will be officially unveiled on 20th July and go on sale from August 2022. 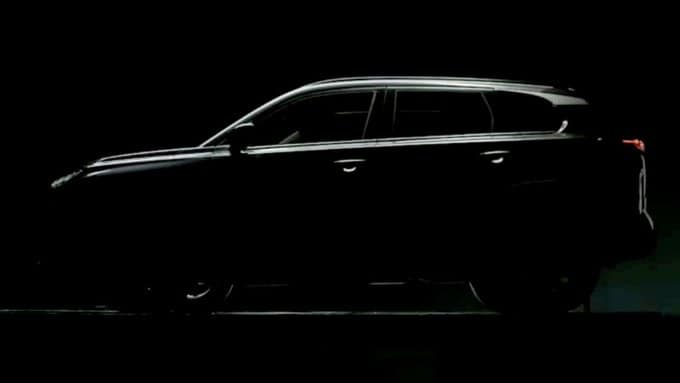 The All-New Grand Vitara features a strong and muscular shoulder as seen in the silhouette giving an idea about its style and characteristics. The SUV will rival the likes of Hyundai Creta and Kia Seltos. Bookings have opened at all the touchpoints of NEXA across the country at Rs 11,000 while the car will be officially unveiled on 20th July and go on sale from August 2022.

The New Grand Vitara SUV will be sold exclusively through NEXA showrooms across the country. It will be manufactured at Toyota’s Bidadi plant in Karnataka, based on the same platform seen on the Toyota Urban Cruiser Hyryder. The new platform is jointly developed by Toyota and Maruti Suzuki.

As revealed on the official NEXA website, it will be offered in two variants Grand Vitara and Grand Vitara Intelligent Electric Hybrid.

Colours options have not yet been revealed officially, but the site confirmed that both variants will be available in Nexa Blue (celestial) colour option for sure.

On the inside, it includes a 9 inch touchscreen infotainment system with Android Auto and Apple CarPlay compatibility, a Heads-Up display, ventilated front seats and a panoramic sunroof.

The new Grand Vitara will also sport a 6-speaker Arkamys audio system, ambient lighting, leatherette seating while safety will be via a 360 degree camera, multiple airbags and cruise control.

Along with these high-end features the new Grand Vitara could receive a 4 Star or 5 Star safety rating in Global NCAP.

The hybrid variant will be powered by a 1.5 litre TNGA petrol engine which produces 91bhp power and 122 Nm of torque. Its electric motor will be capable of 78bhp power and 141 Nm of torque. Total peak power output to 113bhp. It will be mated to eCVT automatic transmission and will be offered in 2WD format.

The mild-hybrid trim will be powered by a 1.5 litre K15C dual-jet petrol motor capable of 101 bhp power and 137 Nm of torque and will be mated to 5 speed manual and 6 speed automatic transmission options. An AWD option will be offered with manual transmission.

The Maruti Suzuki Grand Vitara will compete against the Hyundai Creta, Kia Seltos, Nissan Kicks, Volkswagen Taigun, Skoda Kushaq, and MG Astor in its segment. Also it is positioned above the New Brezza sub-compact SUV