Maruti Suzuki has received over 1 lakh bookings for the all-new Grand Vitara and the new-gen Brezza so far. Moreover, 48 per cent of Grand Vitara’s total reservations are currently being made for its strong hybrid variants. 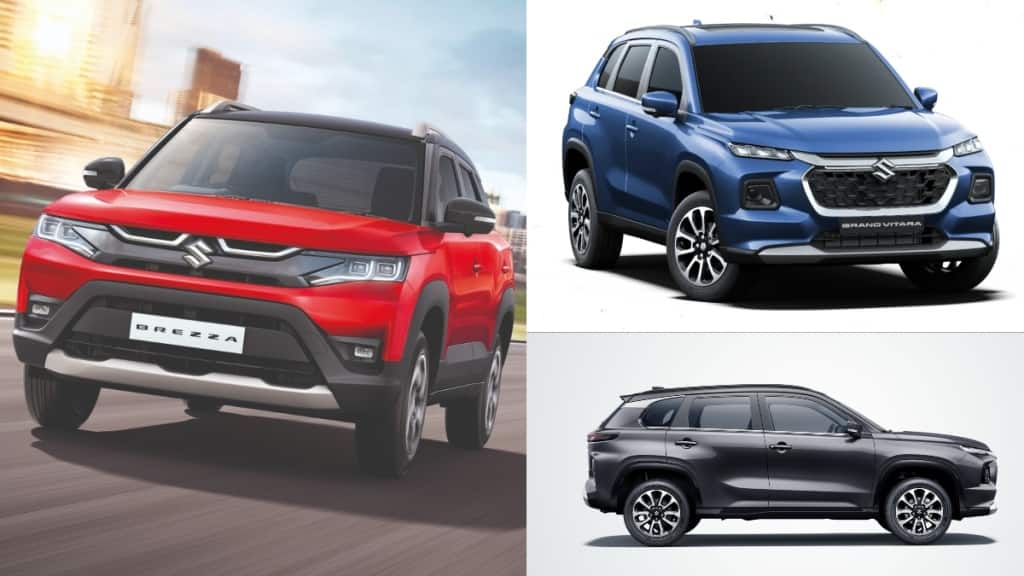 India’s largest car manufacturer, Maruti Suzuki, is launching back-to-back new products in 2022 to lure young buyers and increase its market share in the SUV segment. Having launched the new-gen Brezza in June 2022, Maruti is now gearing up to introduce its flagship SUV, Grand Vitara, next month. Both these SUVs are in high demand and have bagged more than 1 lakh cumulative bookings already.

In an official statement to Express Drives, Maruti Suzuki’s spokesperson confirmed that the company has bagged over 1 lakh bookings for the Grand Vitara and the new-generation Brezza so far. The official bookings for the new Maruti Brezza commenced on June 20 and it has received over 78,000 bookings within 45 days. It is currently priced from Rs 7.99 lakh to Rs 13.96 lakh, ex-showroom.

Pre-bookings for the all-new Maruti Suzuki Grand Vitara commenced on July 11 and within 25 days, this mid-size SUV has crossed 29,000 bookings, averaging over 1,000 units per day. Also, it is worth mentioning that around 48 per cent of Grand Vitara’s total reservations are currently being made for its strong hybrid variants while the mild-hybrid variants garnered 52 per cent of bookings.

The SUV’s other mill will be a 1.5-litre mild-hybrid petrol unit that will be paired with a 5-speed manual gearbox and a 6-speed AT. Its manual variants will get an optional AWD system as well. The prices of the new Maruti Suzuki Grand Vitara are expected to be announced in September and it’s likely to be priced from Rs 9.50 lakh to Rs 18 lakh, ex-showroom.