Maruti Suzuki Brezza to get a nine-inch touchscreen infotainment system 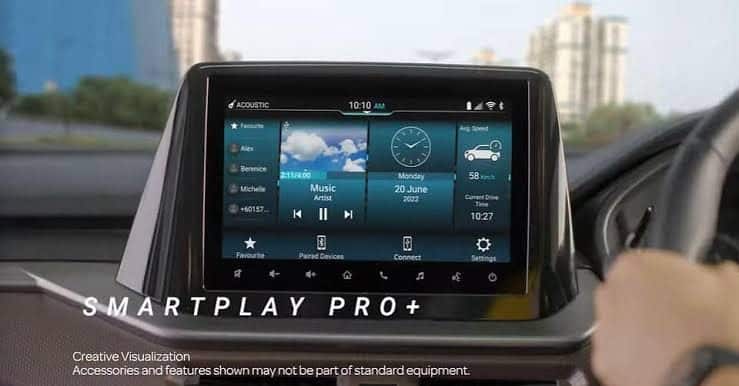 As we are getting closer to the launch date of the Maruti Suzuki Brezza which will be held on June 30, The company is revealing several new features of the sub-compact SUV simultaneously.

Maruti Suzuki’s premium SmartPlay Pro+ infotainment system sits atop the dashboard and gets a new interface with a bigger display screen than the previous system. Additionally, ARKAMYS will handle the sound duties. It will also provide a variety of preset ambience sounds.

Besides this, the new Brezza’s cabin will sport a black and brown theme along with a flat-bottom steering wheel, ambient lighting, cooled glovebox, and new controls for the HVAC system. Also the upgraded infotainment system SmartPlay pro+ supports Android Auto and Apple CarPlay as well.

Maruti Suzuki has been proactively working on updating its models, equipped with the latest features and technology, while it is already confirmed by the upcoming Brezza which features a pop-out Heads-Up Display (HUD), 360-degree parking camera and it will be the first-ever model of the brand equipped with a sunroof.

Additionally, the upgraded High-Definition infotainment system which comes with an intuitive user interface and advanced voice assist will be the centre of attraction for the buyers.