Mahindra’s S201 Compact-SUV: Here’s all you need to know about the Maruti Brezza and Tata Nexon challenger

Mahindra has said that both their S201 compact SUVs will have class-leading power figures. Putting them leagues ahead of their competition. 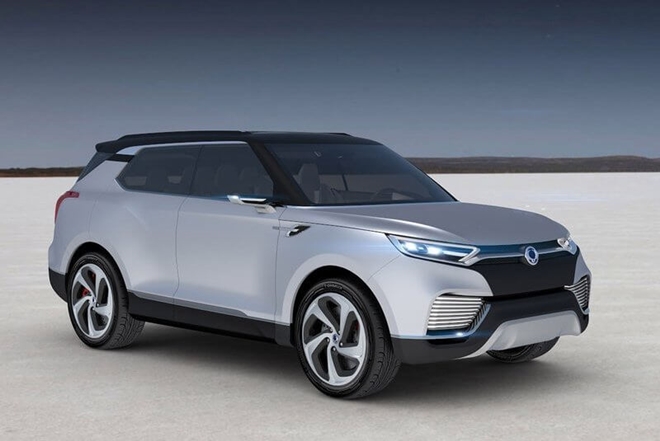 The compact SUV is set to get more crowded this festive season, with the Tata Nexon and the Ford Ecosport all set for a pre-festive season launch. There is, however, one more compact SUV that is on the horizon, due for launch in 2018, the Mahindra S201. The Tivoli-based compact SUV, thus far, however, Mahindra are yet to name the Compact which has only been known by its company code name  S201.  Mahindra has chosen an odd engine strategy for the S201, which will have a turbocharged 1.2 petrol set to make an incredible 140 bhp, while the 1.5-litre diesel is likely to make power closer to 125bhp according to AutocarIndia.com.

“The S201 will be powered by state-of-the-art petrol and diesel engines developed in-house, which will give us best-in-class performance,” said Rajan Wadhera, EVP, R&D and Global Product Development of M&M on the sidelines of the Frankfurt Motor Show. “I am pretty excited with the 1.2 petrol which will come with turbocharging and direct injection,” he added.

Now both of these are more than the competition in terms and will be developed by Mahindra in-house. The mFalcon, which is the same units as on the KUV 100, will get a direct-fuel injection and an oversized turbo to get the ludicrous leap in power. Putting it at 30 hp more than the Tata Nexon and 20 hp more than Ford’s 1.5-litre dragon engine which will feature on the Ecosport set for launch this year. In the diesel variant, Mahindra has added another cylinder to their 1.2 three-pot motors from the KUV 100, to bring the total displacement up to 1.5 litres. Although we will get our first taste of this motor on Mahindra MPR U321, which is set for launch this financial year. The diesel motor will also out power its rivals, the Nexon by 15 hp while a 35 hp gap remains between the S201 and the Brezza’s 90 hp motor. In terms of price, we believe that the S201 will undercut the segments front runners and slot in direct competition with the Nexon.