Mahindra XUV700 manages to break the 24 hour endurance record by clocking over 4,000 km in just 24 hours. The average speed during the record stood between 170-180 kmph.

Mahindra’s newest product in the Indian market is making its way to the headlines quite often, it seems. We recently reported that the XUV700 has garnered 50,000 orders by now and is booked for a year. The mid-size SUV has shattered the national 24 hour endurance record as well. The previous record was set in 2016 for 3,161 km. At the Mahindra’s SUV Proving Track in Chennai, the XUV700 broke the national record. In fact, it is the first SUV to do so. Four examples of the XUV700s participated in the challenge.

Interestingly, all the examples clocked 4,000 km on the odometer. Being more specific, the diesel manual trim lead the pack by clocking 4,384.7 km, followed by the diesel automatic variant with 4256.12 km. Talking of petrol variants, the manual one did 4,232.01 km, while the automatic grade squeezed out 4155.65 km in just 24 hours. Along with the national 24 hour endurance record, a total of 80 other records were shattered during this very attempt. During the exercise, average speed was in the range of 170-180 kmph, including the time taken for quick fuel refills and driver change. 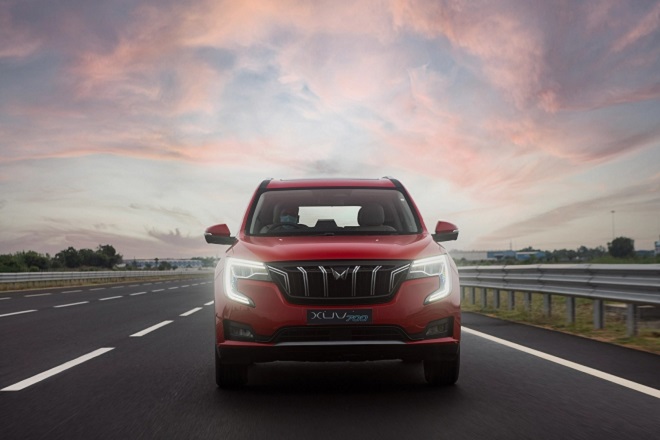 “The XUV700 was conceptualised, developed and built to a very high endurance standard and as expected it fared extremely well in this gruelling challenge. We are proud that the XUV700 has set new benchmarks for endurance and set new national records. It is interesting to note that this achievement came at our very own world-class MSPT”, said Velusamy R., Chief of Global Product Development, M&M Ltd. who flagged-off the event.

The Mahindra XUV700 is offered with two engine options. A 2.0L turbocharged petrol and 2.2L turbocharged diesel are a part of the package. Transmission choices include a 6-speed stick shift and 6-speed automatic transmission. Also, the option of AWD layout is available here, but with the diesel-automatic trims only.