The made-in-India Volkswagen Virtus has scored a 5-star safety rating in the Latin NCAP crash test. The Virtus is currently priced in India from Rs 11.32 lakh to Rs 18.42 lakh, ex-showroom. 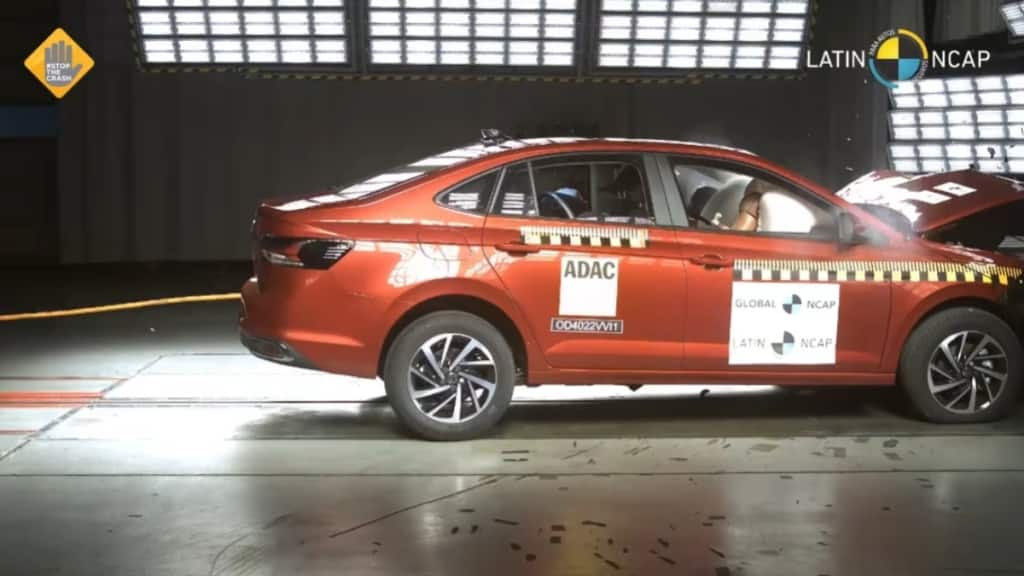 Volkswagen Virtus made its global debut in India in March this year. This mid-size sedan is even exported to global markets from the Volkswagen Group’s Chakan facility in Maharashtra. Now, the made-in-India Volkswagen Virtus has been awarded a full 5-star safety rating in the latest round of the Latin NCAP crash test.

The Volkswagen Virtus tested in the Latin NCAP is sold in the Mexican markets but it’s exported from India. However, it’s worth mentioning that the made-in-India global-spec model of the Virtus is equipped with more safety features as standard. For instance, the Mexican model gets six airbags as standard in the base trim and even optional autonomous emergency braking.

The Volkswagen Virtus is based on the India-specific MQB A0-IN platform. It is offered with two turbo petrol engine options: a 113 bhp 1.0-litre TSI paired with a 6-speed MT & a 6-speed torque-converter AT and a 148 bhp 1.5-litre TSI motor paired with a 7-speed DSG only. The Volkswagen Virtus is currently priced in India from Rs 11.32 lakh to Rs 18.42 lakh, ex-showroom.