The next-gen Mini 3-door hatchback was recently snapped at a private test centre in China. The leaked images give a glimpse of the updated exterior and interior design of the upcoming model. The Internet  is full of surprises. We recently came across the image of the 4th-gen Mini 3-door hatchback on the internet, and they do reveal a lot about the upcoming model’s design. Talking of the images, they seem to be snapped around a private testing facility somewhere in China. While other cars are wrapped in heavy camo, this particular example doesn’t wear any. Therefore, it gives a clean glimpse of what the future Mini 3-door hatchback will look like. 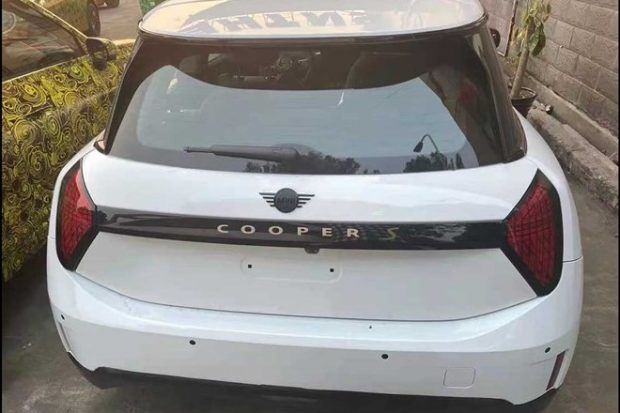 For the design, the rear facet has not ditched the circular/oval theme for the tail lamps. A pair of sharply-designed units take place on the boot lid, instead. Nevertheless, the rear facet looks well-stanced. The front facet also takes a rather new approach this time. It uses a minimalistic appeal. A wide body-painted bar sits in between the grille, adding a cutesy appeal to the front face. But if it is any smaller in size than the outgoing model? It remains an unanswered question for now 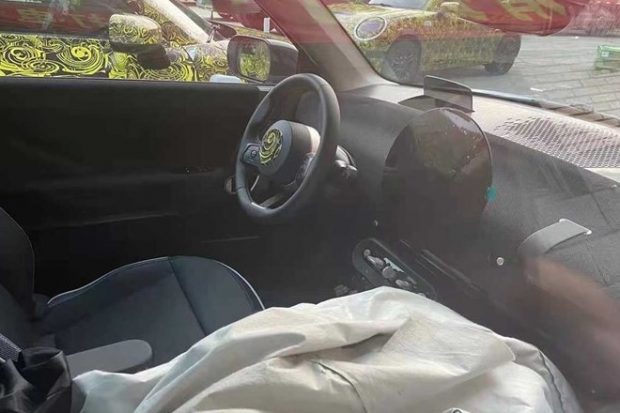 The leaked images further reveal the interior of the upcoming model, and the most noticeable of all is the new touchscreen infotainment unit. The steering wheel is also an updated two-spoke unit, and all these changes help the interior don a minimalistic approach. Further reinforcing the minimalistic theme is the new-age gauge cluster, which comes in the form of a head-up display. Minus the infotainment unit and the head-up display, the dashboard is almost flat.

The combustion engine version of the Mini 3-door hatchback will be manufactured in the company’s facility in Oxford. However, its electrified iteration – Cooper SE,  will be produced by BMW’s Chinese JV partner – Great Wall Motors. Mini will sell the updated model as a 2023 model in foreign markets, where it is intended to launch by next year itself. The all-electric Cooper SE is rumored to go on sale in the Indian market by next year.