However, all eyes will now be on the Lamborghini Urus SUV which will make its global debut on 4th December 2017.

Italian sportscar manufacturer Automobili Lamborghini is celebrating the success of not one but two important milestones of its Huracan and Aventador sportscars. Lamborghini Aventador as it reaches its six years production anniversary the company says that it has achieved an important milestone in its history with 7,000 units produced. Chassis number 7,000 is an Aventador S Roadster, which was launched at the Frankfurt Motor Show in September 2017. The jubilee model in Grigio Adamas rolled off the assembly line destined for the US American market. On the other hand, the Lamborghini Huracan has also scripted its own success story with 9000 units produced in just three years. Lamborghini confirms that the The Blue Nethuns car, chassis number 9,000, is a Huracán Performante and will be delivered to a customer in Dubai. 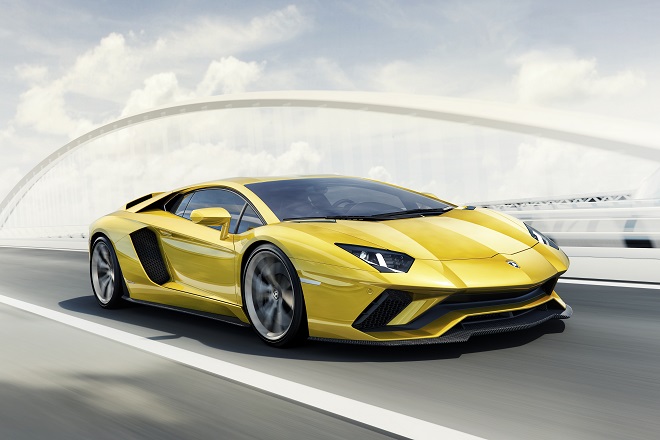 Currently the company sells two versions of its Lamborghini Aventador, the Aventador S and Aventador S Roadster.The seven thousandth Aventador that rolled out from company’s assembly line is powered by a new V12 engine with a whopping 740 HP and the exclusiveness of Lamborghini design. The Aventador S Roadster reinforces this mixture of dynamism, refinement and aggressiveness by means of even sharper lines, inspired by nature and aeronautics, with exhaust terminals that transform the rear end into that of a space shuttle and a front end that recalls the strength and elegance of a shark ready to dominate the road.

During the global unveil of this sportscar, Stefano Domenicali, Chairman and Chief Executive Officer, Automobili Lamborghini had said, “The new Aventador S Roadster sets new benchmarks in technology and performance on both road and track, with the roadster version adding a new dimension in driving enjoyment.”

Lamborghini Huracan has been a successful model for the company and within three years of its launch has become the second most sold Lamborghini sporscar after the Gallardo that piled up a total sales of 14,000 units in its 11 years lifespan. We expect the Lamborghini Huracan to overtake Gallardo’s sales in next 3-4 years. Currently, the company is selling five different variants of its Huracan worldwide.