Lamborghini Avendator SVJ! Most powerful Lambo with 770 hp of firepower

The new Lamborghini Avendator SVJ sprints from a standstill to 100 km/h in just 2.8 seconds while a run from 0 to 200 km/h takes 8.6 seconds. The SVJ can hit a top speed of over 350 kmph and braking from 100 kmph to 0 takes place in just 30 metres. More exciting details here. 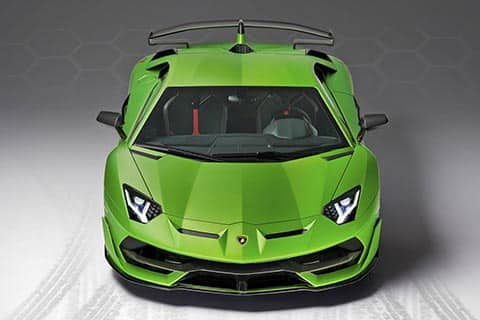 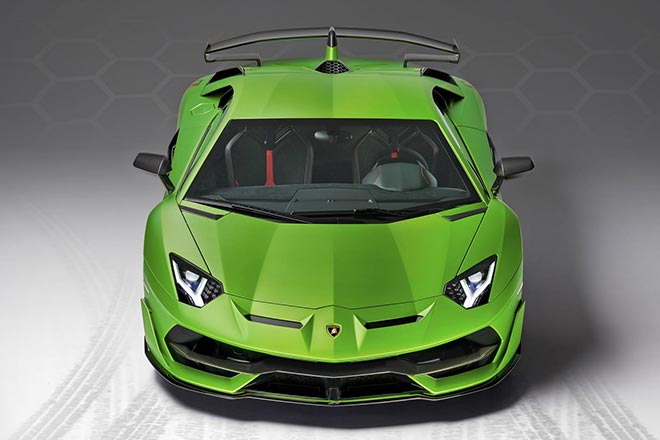 The new Lamborghini Avendator SVJ has been recently shown to the world at the Monterey Car Week in California. The new Lamborghini Avendator SVJ, in which SV stands for Superveloce meaning Superfast along with the ‘Jota’ suffix has already entered the record books for completing the 20.6 km Nurburgring lap in just 6:44.97 minutes. In order to pay homage to the company’s founding year of 1963, a special edition model named SVJ 63 in a unique colour and trim, with a rich use of carbon fiber and limited to a number of just 63 has been unveiled at the Pebble Beach Concours d’Elegance.

The new Lamborghini Avendator SVJ is by far the most powerful most powerful series production V12-engined car produced by the company. The engine on the new Avendator SVJ is good for churning out a whopping 770 hp while the peak torque output is rated at 720 Nm. The car sprints from a standstill to 100 km/h in just 2.8 seconds while a run from 0 to 200 km/h takes 8.6 seconds. The SVJ can hit a top speed of over 350 kmph and as they say with great power comes greater responsibility, the superior braking set up on the car ensures that it sheds speed rapidly and comes from 100 km/h to 0 in just 30 meters. The company says that the optimized seven-speed Independent Shifting Road (ISR) gearbox has been calibrated for the car’s increased performance in terms of both power and torque. 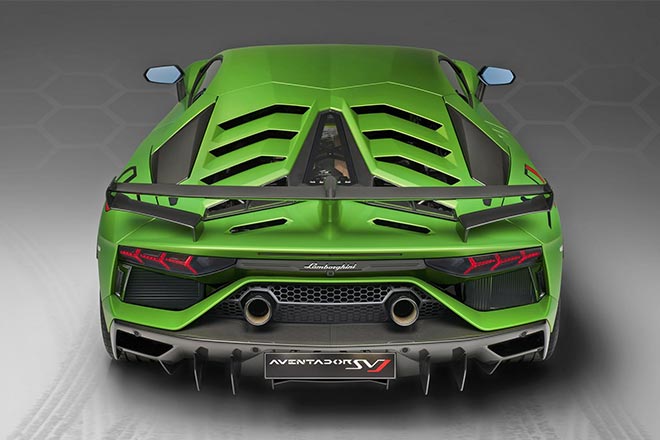 The new Lamborghini Avendator SVJ offers three driving modes namely Strada, Sport and Corsa. Furthermore, the car has the EGO option that allows the driver to further customize his preferences for car set-up. The reworked powertrain gets a new titanium intake along with a modified intake cylinder head duct for higher flow coefficient. Also, the lighter and lightweight exhaust system reduces backpressure and produces a deep throaty sound.

The racetrack shattering performance of the engine is further complemented by the rear wing of the SVJ that has been designed for best aerodynamic efficiency. Also, the side winglets help in reducing turbulence while providing high downforce on the straight as well as in high-speed corners. The new rear engine cover on the new Lamborghini Avendator SVJ has been redesigned and is made from lightweight carbon fiber and removable via quick release clips in a reference to motor racing. 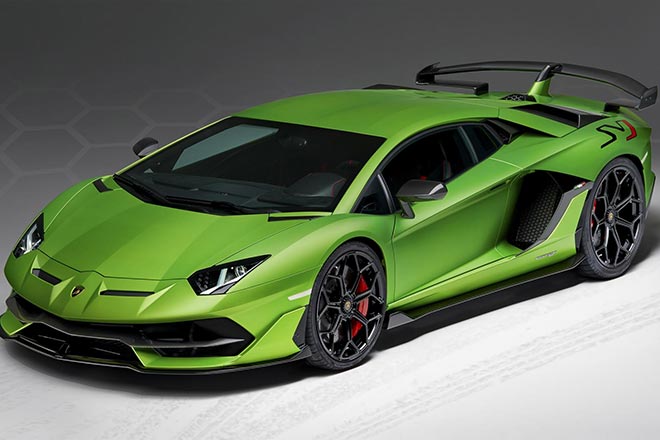 Moreover, super light ‘Nireo’ aluminium rims are designed specifically for the SVJ that helps in saving overall weight and contributing to the manic performance of the car. The car also gets an advanced ALA 2.0 system that includes the new optimized air inlet and aero channel designs. The system has been re-calibrated taking into account the enhanced vehicle’s lateral accelerations.

The SVJ’s suspension has also been retuned in order to provide higher mechanical and aerodynamic grip. The company has improved the anti-roll bar stiffness by 50% compared to the Aventador SV to compensate against roll and improving aero efficiency. Also, a higher damping force range has been increased by 15% over the SV, and Lamborghini’s Magneto Rheological Suspension (LMS) has been recalibrated to improve body and wheel control with a focus on track performance. 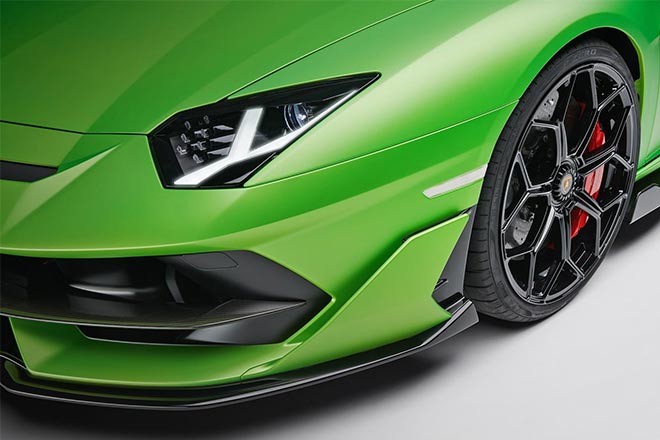 The new Lamborghini Avendator SVJ runs on new Pirelli P Zero Corsa tyres that are specifically developed for the car and provide higher vertical stiffness to accommodate the SVJ’s higher downforce as well as provide a high grip level to enhance the overall vehicle performance. The tyres are designed to optimize performance on both road and track and an optional set of street legal Pirelli P Zero Trofeo R tyres can be mounted specifically for track use.

The Navigation and Infotainment System on the new Lamborghini Avendator SVJ include AppleCarPlay that allows the cockpit’s occupants to manage voice-activated communications and entertainment from their Apple devices.