A test mule of the upcoming Kia Sonet CNG has been spotted on test in India. Upon launch, the Sonet will be most likely the first Kia car in India to come with a factory-fitted CNG kit. 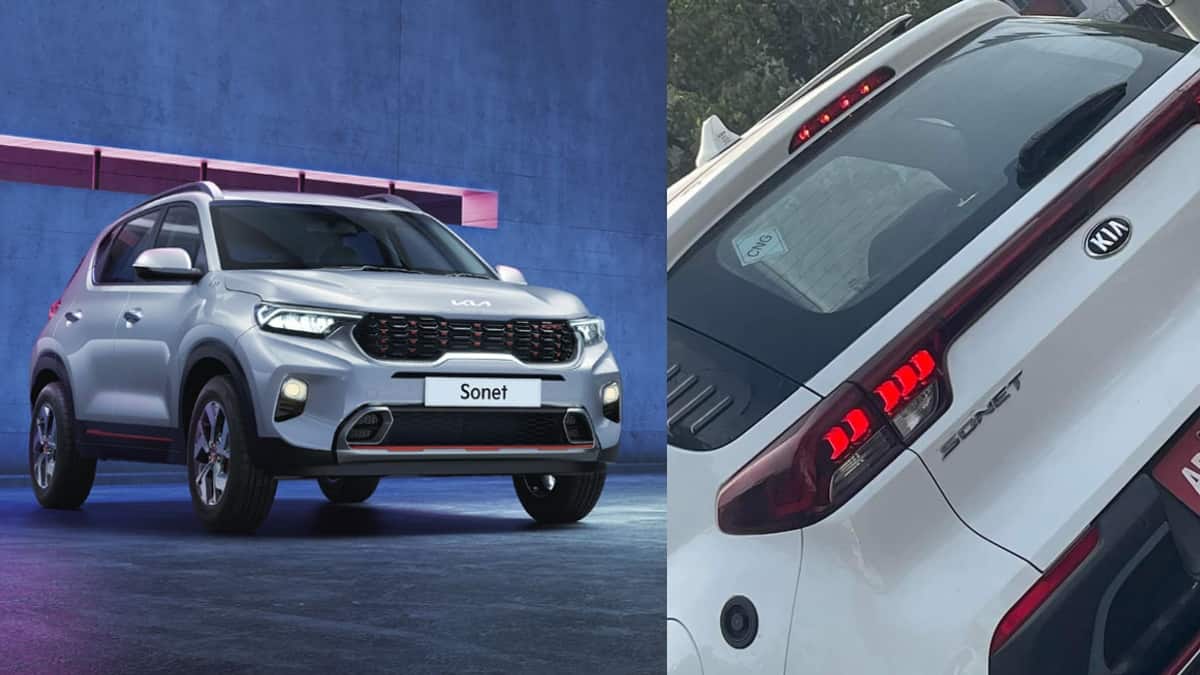 Kia recently launched the updated Seltos and Sonet in India. The 2022 Kia Sonet gets a bunch of updates, including safety features like four airbags as standard across the range. However, it seems that Kia wants to leave no stone unturned to boost its sales. The Indian subsidiary of this South Korean carmaker has now started testing the CNG version of the Sonet in the country.

Kia’s upcoming CNG version of the Sonet has been recently spotted on test in India for the first time ever, hinting at an imminent launch. While at the first glance, it looks like the regular Sonet, on a closer inspection one can see that it has a prominent CNG sticker. The SUV also wears the GT Line badge which hints that Kia is likely to offer the CNG option with the 1.0-litre turbo petrol motor.

In its petrol-only guise, the 1.0-litre, three-cylinder, turbocharged petrol motor of the Kia Sonet churns out 118 hp of power and 172 Nm of peak torque. However, in the bi-fuel CNG avatar, it is likely to develop lower power and torque figures. Also, it might be offered with a 6-speed manual gearbox only. Upon launch, the Sonet is likely to be the first Kia car in India to come with a factory-fitted CNG kit.

Apart from the 1.0-litre turbocharged petrol motor, the Sonet is offered with an 82 hp 1.2-litre naturally-aspirated petrol engine and a 98 hp / 113 hp 1.5-litre diesel engine too. Transmission options include a 5-speed MT and a 6-speed manual gearbox / 6-speed AT respectively. It is worth mentioning that while currently there is no CNG sub-compact SUV on sale in India, soon we might see a lot of action from Tata Motors and Maruti Suzuki as well, apart from Kia.