Kia has revealed the official design sketches of its upcoming recreational vehicle, Kia Carens. The all-new Kia Carens will make its world premiere in India on December 16, 2021. 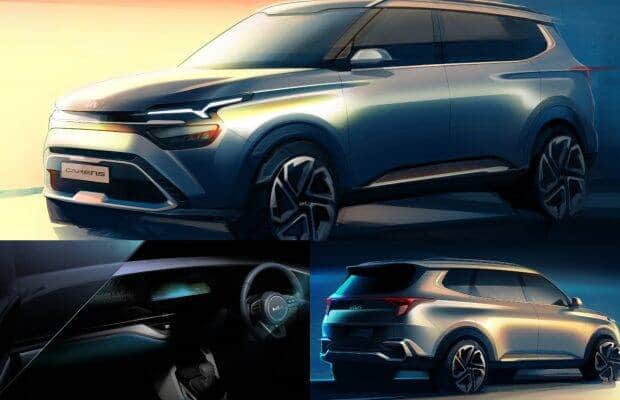 Kia is gearing up to introduce its new offering in the Indian market. This South Korean carmaker made its India debut in August 2019 with the Seltos mid-size SUV and thereafter, the company launched the Kia Sonet sub-compact SUV and the Carnival premium MPV. All these vehicles have performed very well for Kia in India. Now, the carmaker will introduce its fourth product, Kia Carens, and it will make its global debut in India on December 16, 2021. Ahead of its world premiere, the carmaker has today revealed the official design sketches of the new Kia Carens. 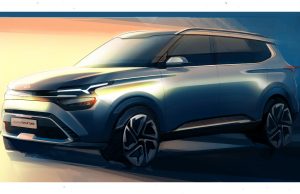 Kia is calling the Carens a ‘recreational vehicle’, one which aims to revolutionize the market by creating a new segment of its own. However, the design sketches of the car reveal that it will be a three-row multi-purpose vehicle with an SUV-like stance. Kia says that “the Carens has been designed keeping in mind the evolved, unmet needs of modern Indian families who want to enjoy commuting together.” It is based on the company’s new design philosophy ‘Opposites United’. At the front, it gets Kia’s new ‘Tiger Face design’ with sharp LED headlamps and DRLs. 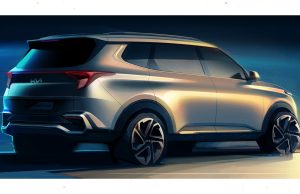 The new Kia Carens gets a flat bonnet, sporty bumpers with a strikingly highlighted intake grille, and split headlamp set-up. Its side profile sports five-spoke dual-tone alloy wheels. The Carens has a boxy design with roof rails and sharp creases that give it a muscular stance. At the rear, it gets sharp LED taillights with an LED strip that runs across the length of the boot. The tailgate gets multiple cuts and creases and a sporty bumper. It also sports body-cladding all-around for a tough appeal. The interior sketches of the Carens don’t reveal many details. 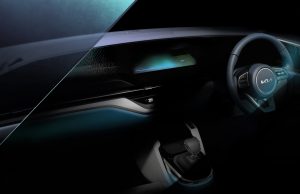 However, we do know that it will get a large 10.25-inch touchscreen infotainment system with all sorts of connectivity options and connected car tech, a digital instrument cluster, etc. The new Kia Carens will share its underpinnings and mechanicals with the Seltos, but it will get a longer wheelbase to accommodate the third row of seats. It is expected to get the same 1.5-litre petrol and diesel engine options as the Seltos with identical manual and automatic gearboxes. The new Kia Carens will make its global debut in India on 16th December while its official launch will take place in the first quarter of 2022.