Ken Block’s Garage: From a pickup truck on tank tracks to a turbocharged snowmobile check out the weird and wonderful Hoonigan garage 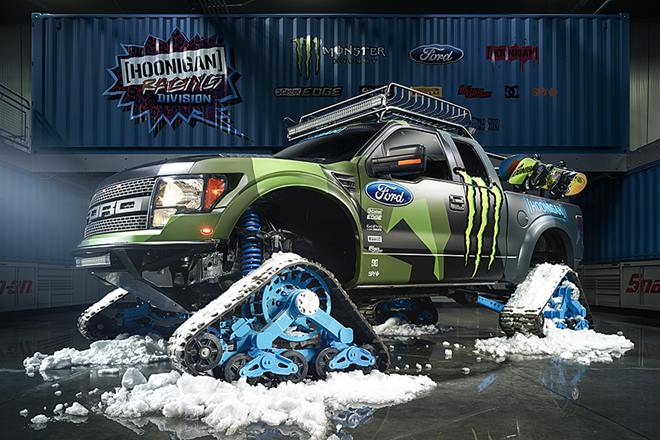 Ken Block, slayer of tyres and master of drift himself shot to fame after his awesome gymkhana series broke cover way back in 2009. We’ve seen him drift his way through some of the world’s most exciting cities in clouds of smoke in some of the most exciting cars the world has ever known. His most recent video his 1965 Mustang 4WD Hoonicorn climbs to the top of the hill at the Pikes Peak Hill run course, pushing the limits of the edge as far as humanly possible. It should come as no surprise that his garage is the what’s what of automotive history (all of which get a personal touch from his Hoonigan garage). From a pickup truck with tank style, caterpillar tracks an ATV and a custom built turbocharged snowmobile. 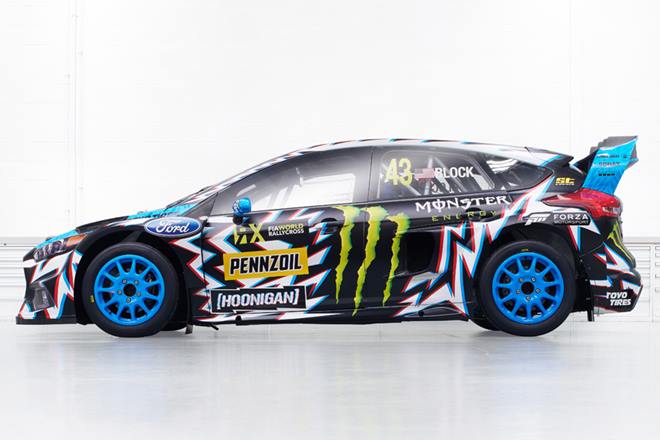 The Iconic Focus RS that features in most of Ken Block’s videos, including his race with Lewis Hamilton’s Formula One car, is the love-child of a partnership between Ford performance, Block’s Hoonigan Racing Division and U.K based M-sport. It gets an all-wheel drive, and make 600 hp from its one of a kind Eco-Boost engine. And It gets from 0-100 in under 2 seconds! That’s about the same as a Formula One car! It’s basically a race car with a seam welded and reinforced. M-Sport designed, homologated FIA-spec roll cage. 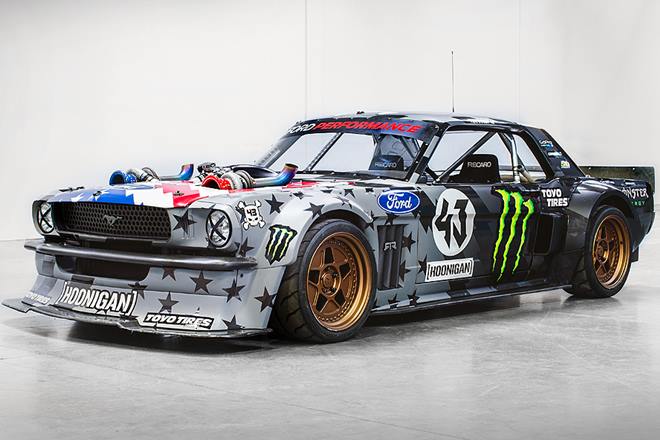 A 4-wheel drive 65’ Mustang is the material of most Mustang fans wet dream, the V2 which sees the Hoonicorn get another 600 hp for the Pikes Peak hill climb. The 410 cubic inch Roush Yates Ford V8 heart of the Hoonicorn to now feature a custom twin turbo setup from Garrett that feeds the boost through a custom Switzer Dynamics intake manifold. Which means the total power is up from  845 hp to a staggering 1,400 hp. To put that in perspective the Bugatti Veyron used to make 1000 hp. To fit all this power the Mustang was designed from the ground up to ensure that the engine didn’t just break free from the chassis every time block laid his leaden foot on the throttle. 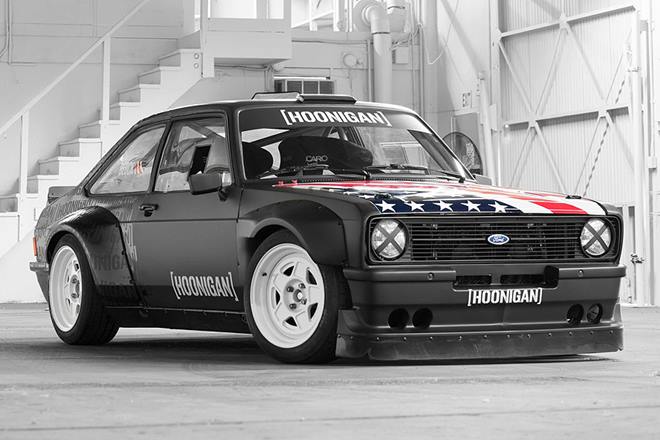 This one-time rally racer from the Hoonigan racing garage is a 1978 Ford Escort MK-II started its life as a tarmac spec rally car, Block only raced it at the 2010 New York rally but then shelved it for a bit. The RS was reborn as the first ever Gymkhana-spec MK2 Escort, with 333 hp being sent to the rear wheels through its 2.5 litre 16-valve Cosworth Pectel SQ6 engine. The  1978 Ford Escort Mk2 RS coupe was engineered and built by Quick Motorsport UK. Extensively lightened and reinforced. Full T45 roll cage and suspension triangulation. Fabricated to accept WRC Style Independent Rear Suspension. Carbon fiber hood and trunk lid panels. Custom body styling by Kei Miura/Rocket Bunny. Lightweight heated windshield. Polycarbonate windows. Underbody protection.Which means this monster could still put up with most 300 hp sports cars of today and give them a run for their money.

This 600 hp Frankenstein with a Ford F150s body shell made its debut as the world’s fastest snowcat, appearing to the world in a Monster Energy video in Canada, that had the RaptorTRAX mashing through the snow pulling of some unbelievable manoeuvres. This weaponised F 150 is capable of climbing and descending deep snowy mountain terrain with style and absolute authority. The power is sent to all wheels… Erm.. tracks from a 6.2L Whipple Supercharged Ford V8 that now makes enough torque to blow a hole in the fabric of time and space! 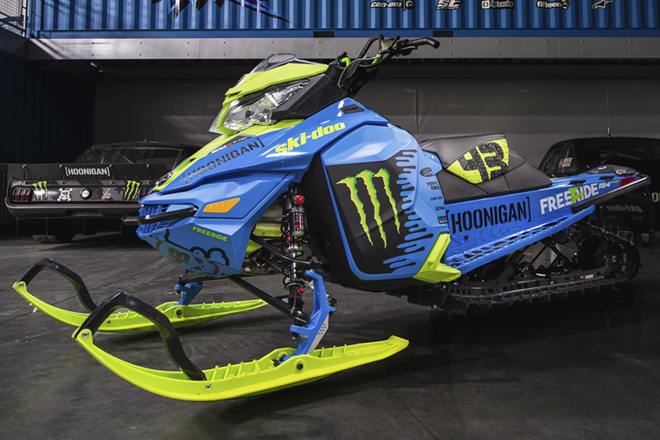 The Ski-Doo Freedride 154 must have been feeling quite small in Block Garage of monsters. So he sent it over to his good friends at Hoonigan, they happily obliged slapping some throwback tribute graphics to his Fiesta from Gymkhana Three and a turbocharger, because well, it is Ken Block Garage after all!